Charlie Burchill on the choice of tour venues

Home > All News  > Charlie Burchill on the choice of tour venues 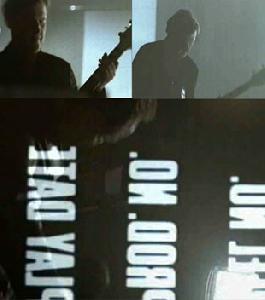 02 Sep, 2005 Charlie Burchill on the choice of tour venues

Posted at 20:32h in All News, Charlie's Diary by Simple Minds
Share

Regarding the recently announced Simple Minds concert dates, guitarist Charlie Burchill has explained the thinking behind the choice of venues. Speaking from Germany this week, Charlie said: “ In support of Black & White 050505 we have decided to try and build things up from the street level once again. The fact is that due to our profile some years ago Simple Minds are still often referred to as a “stadium band”. Although we can see merit in that tag, the truth is that our live reputation was forged previously as a result of many years playing club venues worldwide – and all before we had actually set foot on a festival or arena stage! For the present however, due to the stylistic nature of this new record, we want to prove once again that we can do great live sets in all manner of venues from the most intimate to the vast even and are looking forward to the challenge!”