Jim Kerr: My Life In Travel 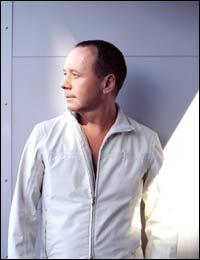 ‘I like fringe places. Sicily is almost in Africa and you can feel it’

First holiday memory?
When I was five, my parents took me to Bray in Ireland. We took the overnight boat to Dublin and stayed in a B&B. It was the first time I had a knickerbocker glory, which was even more exciting than going away for the first time.

Best holiday?
In my late teens I hitch-hiked down to London to see the Sex Pistols with my band. We didn’t end up seeing them, but the lifts went so well that we ended up travelling around Europe – it was quite spontaneous. Until then I’d enjoyed my life in Glasgow but that was when I realised there was a bigger world out there.

Favourite place in the British Isles?
I’m very fond of the Trossachs, where I lived for a while. It is genuinely magic around there, the landscape is amazing and if you don’t go in August there’s usually no one around. That’s the sort of place I like going to these days.

What have you learnt from your travels?
The first 18 years of my life were shaped by the values of being a Glaswegian. Since then I have met some of my best friends while travelling and everything else has been influenced by travel – the things I eat and wear, and my mode of transport, which is a Vespa.

Ideal travelling companion?
My daughter Yasmin, who is 20. We have a great time and it’s rare that I get to travel with her. I also love travelling with my son James.

Beach bum, culture vulture or adrenalin junkie?
Beaches and culture. Sicily is great because there’s culture all around and lovely beaches to flop on. The coconut-island concept bores me; I don’t know what to do after a few days.

Greatest travel luxury?
I’m very particular about drinking good coffee because I’ve been spoiled in Italy. So I take an electric espresso machine so I can start the morning with a coffee that I like.

Holiday reading?
I get a lot of time to read while I’m on tour; I like reading historical books about Sicily, because I’m obsessed with it. I’m also learning Spanish. My favourite book is The Master & Margarita by Mikhail Bulgakov.

Where has seduced you?
Sicily – I spend half of my time there. I love the culture, the weather, the food and the people – there’s just something in the air. I like fringe places. Sicily is almost on the African continent and you can feel it.

Better to travel or arrive?
Even with a business-class airline ticket travelling is still tedious and fraught. When I hitch-hiked it was great fun, but that’s no longer possible.

Worst travel experience?
We had to get to Brittany for the last gig of a tour, but I had confused the departure time. We had a mad dash to Heathrow and missed the plane. When we finally landed in France we had to get a helicopter to the venue, where we arrived with about 15 minutes to spare.

Worst hotel?
There used to be a hotel in Manchester where bands stayed. I got into bed one night and was greeted by a hardened sock at the end of it.

Best hotel?
Hotel La Raya, on an island off Sicily called Panarea. It’s gorgeous, there are no cars on the island and the hotel is so relaxed. I like to go in May when there aren’t many people around.

Favourite walk/swim/ride/drive?
My favourite walk is Monte Venere, just above Taormina. The panorama is just incredible – you can see all the way to Catania; at night you can even see the lights from the Italian mainland. There are eagles and hawks, too.

First thing you do when you arrive somewhere new?
Take a shower.

Favourite city?
Rome – there’s nowhere on Earth like it. You walk out in the street and it’s fantastic; you’ve got the Circus Maximus, the Appian Way and the Tiber.

Where next?
London, to promote our record.