Did you forget about them?

Home > All News  > Did you forget about them? 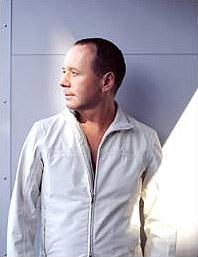 Metromagazine, Did you forget about them?
PROMISE KEPT: Jim’s back in Manchester… but in a different hotel Jim Kerr recently stated that Manchester was home to the worst hotel he’d ever stayed in. Although he was not naming and shaming the hostelry – mainly because it was so long ago he couldn’t remember the name – he recalls being greeted by a hardened sock at the end of the bed.

As a man who claims to have been on tour almost constantly since the late 70s, he is someone who knows a thing or two about hotels, but his days of slumming it are behind him.

He has now left his home town of Glasgow to live in Sicily – a place he first fell in love with on a European tour two decades ago – and even owns a hotel there. But as Simple Minds hit the road again, he doesn’t see any contradiction between being in a band which will forever be associated with Scotland, and living on an Italian island.

“I don’t miss Glasgow in the sense that I don’t really remember leaving,” he said. “I went on tour when I was 18 and I’m still very much on tour, but the umbilical chord is still attached. “I may be generalising greatly, but to me there’s two kinds of Scotsmen. There’s the kind of Scotsman who’s very patriotic, whereas we were always the other kind – we wanted to get out and see the world, but we didn’t feel we had to stop being Scottish. “I’m still listening to Celtic matches on the radio but I’m fluent in Italian and I can discuss Sicilian politics.”

The band are playing Manchester tonight (Friday) as part of their biggest tour in years, following the success of last year’s Black & White 050505. The phrase “return to form” was used frequently by reviewers, who said it harked back to the days when they played to packed-out stadiums during the 80s. “It’s nice to have people say that – I presume they mean it’s a return to good form,” Jim said. “But I can understand it, because the album does achieve quite a tricky think in harking back to a classic Simple Minds sound, without just being some retro thing.

“We managed to go back to a sound that we had grown distant from years ago. For us to revisit that felt exciting and relevant again.”But the trick was for us to do that without it seeming like gesture just for the sake of it. We wanted it to hark back but still seem contemporary.”

Although the band were hugely successful throughout the 80s, playing the original Live Aid and scoring hits with singles like Don’t You Forget About Me – famously used on brat pack film The Breakfast Club – Jim does not deny they hit the doldrums more recently.

A series of unnoticed albums was followed by Our Secrets Are The Same, which became the subject of a lawsuit when EMI refused to release it in 1999.

“I’m fairly practical and little troubles me,” he said. “I’m practical in the sense that we began in 1977 and until 1991 we worked non-stop, touring and putting out a hell of a lot of records. “In the 90s we became a lot more sporadic, and it stands to reason that if that’s when your body of work was made that’s the period you’ll be associated with. “When you’ve had a long career like us, you’ve got certain reference points. Even people like Neil Young and Bob Dylan revisit periods from their past. “Maybe in some ways there’s a need or a desire to return to ground zero.”

While he is keen for Simple Minds’ return to form to be more than a retro exercise, he admits the sudden change in the band’s fortune has coincided with a fashion for all things 80s. “They’ve been talking about an 80s revival pretty much since the 80s ended, but it’s been a much maligned decade,” he said.

“A lot of references to decades are just from shows that were on TV at the time, and it all depends which version of the 80s you’re talking about. “If you think of the ’80s it wouldn’t be The Smiths or The Cure, it’d be Kajagoogoo or Boy George, or even Maggie. I don’t know where we fit into it all. With bands like The Killers or The Kaiser Chiefs I don’t think of Simple Minds, but I can hear the ’80s.”