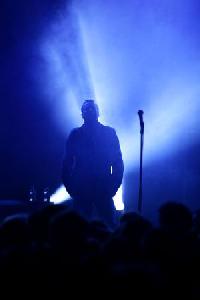 After a European concert tour that involved almost three months of constant traveling, what do I do with myself during these few free days that I have between now and our next series of concerts? I go traveling of course!

Being the case it is from The Indonesian island of Bali that I write during a five day break. I was in Bali once before, it was more than fourteen years ago and I have yearned to return ever since. I can only describe it as the absolute dreamiest of places that I have experienced so that probably explains why the island made such a lasting impact on me. On arrival this time in I felt instantly ecstatic to have once again returned to this place of magic and I have no doubts that my spontaneous decision to stop off here en route to Hong Kong was exactly the right thing for me to do.

Hong Kong and Singapore will of course be thrilling to experience – and concerts apart – I cannot wait to have a look around. My original intention was to go there a week or so in advance in order to get a real feel for what must be an extraordinary location. However HK in particular is also associated with the most chaotic and frenetic pace, and therefore not really the kind of place associated with the peace that I so need to refresh and prepare for the next part of our tour. Hence my solo trip to this paradise!

A well as swimming in the Sea of Java as much as possible while I am here, even more than that I simply needed some time to be alone, even if only to just to sit still and do some thinking. Nothing of that sort has been possible over the past nine months, and although I have little complaint, the reality is that with another four or five months of touring in front of us my head would start to explode without a true break away from it all! My legs would probably collapse as well!!!

It is the natural colors that I find so energizing in Bali. Equally the peace and calm among the secluded gardens. In fact my previous emotional memory of this place became the basis of a song that we wrote during the sessions for “Our Secrets Are The Same”. The song is called “The Garden” and it has always struck me as having an incredible sensual power. “Bordering on the mystical, that song” is how Kevin Hunter our then producer would put it! I agree with him entirely.

Amazingly it is my experience that on occasion some song lyrics just seem to appear from who knows where, announcing themselves almost as though in a dream. “The Garden” is an example of when that occurred as it was almost as though some force demanded that the song be written and made real. I do love when that happens and I am happy to move over and let events unfold wherein the song seemingly just writes it’s self. In those rare moments life itself seems like a dream and our songs in all evidence merely become our soundtrack to it.