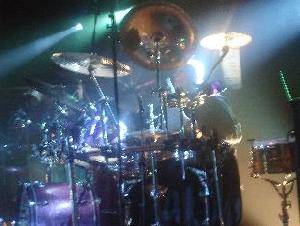 My mother – a music fan throughout her life – could always be relied on to give her enthusiastic approval whenever she came across a group that appealed to her. The thing about her view that always brought a smile to me was the simplicity that lay behind her consistent reply whenever asked why she considered a particular group to be a cut above the rest. Without wavering, she to this day can still always be relied on to say “They have a really, really good beat!” It is as easy as that she reckons! And oppositely if we are discussing a group she considers not to be up to scratch, she will equally give a guaranteed reply such as “They are going nowhere. Jesus, they don’t even have a decent beat” Well, mum is a dancer after all!

Such simplicity in her reasoning, but in effect what she is really saying is that – music is nothing if it does not have a groove! On that notion millions would agree entirely with her and that is precisely why every night that I walk on stage I do feel blessed to have by my side – our very own absolutely outstanding drummer – Mel Gaynor!

I have worked with Mel for nearly twenty five years and that alone has been one of the major highlights from my life time spent as a singer/songwriter. Quite simply apart from being one of the finest drummers, Mel is a bona fide rock star! And if anyone is in doubt about that, I ask you to witness the delight that people take whenever they meet him, or of course you should witness the roar that Mel receives every night at the end of our show, when he steps out from behind the kit and wanders to the lip of the stage to show his appreciation to the crowd. They go genuinely wild for him!

I met Mel first in 1982 when he stepped in to take over from Mike Ogletree, the drummer who was then working with us on the sessions for “New Gold Dream” album. Mike himself was a very good musician but unfortunately seemed to be suffering from a lack of confidence as we attempted to lay down the backing tracks for the songs. Eventually with time and patience running out, producer Pete Walsh suggested that we try out an alternative and in doing so brought “handsome” Mel down to the Townhouse studios in London and made the appropriate introduction.

From that day on and continuing to the present Mel Gaynor has brought so much energy to Simple Minds and Simple Minds became a different beast from the moment of his arrival! Always an outsider, if only in the sense that he was the first of our group not to grow up in Glasgow, and therefore experience the very early formative years with us. In fact Mel grew up in London and in all probability within a slightly different cultural background from the rest of us. Mel even to this day among the rest of us has his own distinctive tastes in what music he chooses to consider of merit and what not, and usually just like my mother in fact – chooses to base his judgment first and foremost on whether it groves or not! Not unsurprising for a drummer perhaps!

As the one who now leads us on stage every night, it is reassuring to know that Mel is a very conscientious professional, as well as the consummate showman. He gives his soul each and every performance and in terms of the physical endeavor involved, only God knows what it takes out on him throughout it all. Popular with so many other musicians, he is a drummer’s drummer, and single handedly has inspired so many others to take up the sticks. Including my thirteen year old son James who recently in fact rather cheekily sent me a text message from his class at school enquiring as to from where he could download the current live version of New Gold Dream! What the hell is going on at school these days I found myself asking!!!!! Should James not be learning mathematics or science etc instead of trying to download illegal recordings of his father’s rock and roll group? As it happens James said that he was having a music lesson later on that day and wanted to learn Mel’s rhythms as part of the lesson. Yeah right!

But that is the Mel effect in action again and therefore if you do not want your kids to develop a passion for battering the drums then I advise you against bringing them along to see Simple Minds live! Who can after all fail to be impressed or is truly able to resist the sight of Mel Gaynor in full flow? All I know is that for me it is like watching the best firework display go off. Truly mesmerising, that is the power of Magic Mel Gaynor!