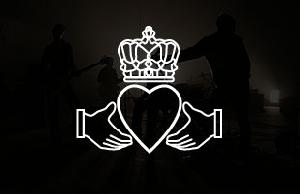 Despite perhaps having been released to the market place, far from standing still, I feel that many of our songs are forever growing and taking shape. In that sense as a piece of work some songs are never really finished!

Just like any living breathing thing then, songs themselves can be evolving and as such continually open to the potential of new interpretation, as anyone who comes to see our live show will usually witness. Particularly when they hear the same songs that they may own and be totally familiar with occasionally performed with different emphasis when aired on stage.

Sometimes the emphasis can be very subtle, for example a small difference in arrangement perhaps. Other times the live version that we play can be given a dramatically different approach that may be unrecognizable even from the already known recorded version. In that sense then a song is a bit like a story that although revolving around the same plot may be told in many different ways.

Often with us, it all depends on how the song strikes us especially given the benefit of hindsight from the recording studio. Too often although an idea may work well in a controlled studio environment, it might however need a different angle to secure that comes across powerful enough live! (Book Of Brilliant Things for example)

Another example is how although in the current live set we have kept to the original – more than twenty five year old spirit – of songs like “Factory”, and “Seeing Out The Angel”. We have also modified them a little from the so called original arrangements, so that they fit more with the sound of Simple Minds in this age.

In the case of the current live version of “Factory”, I am even sure that we will be inspired to write an entire new song based on the modified new intro that we have adapted for this tour. And please – before anyone rushes to accuse us of “cannibalizing” one song to create another – as if we had not enough new inspiration. It is merely that the “seed” of one song can indeed sometimes grow into something else entirely original!

Or to put it another way – one story seemingly complete can in fact provide the opening line of a new and different tale. Put that way, it is tempting to think that all our songs are in some way connected to each other!

Surely there can be no better example of songs that bleed into other songs than that, equally this is why I say that songs are often never standing still!