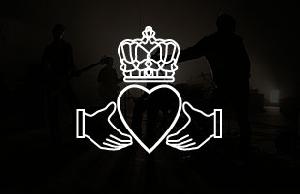 Don’t You Forget About Them, Simple Minds, State Theatre, May 7th.
WHO in their right minds would pay good money to see Scot-pop has-beens Simple Minds 20 years after their peak? Children of the ’80s? Ageing fans of the original new wave? Geeks? Shouldn’t these people have, like, moved on, or something?

As it turns out, it doesn’t matter what the answers are. Simple Minds should also be irrelevant, but their live sound, refined in stadiums back then, remains huge; many of their era-defining hits still sparkle; and the songs from the so-so current album Black & White 050505 fit into the set more comfortably than you’d expect.

It’s sometimes quite difficult to watch. The tanned, slightly balding singer Jim Kerr strikes ludicrous rock’n’roll poses only his yoga guru would applaud, and actual dancing remains, uh, one of his weaker suits, but he enjoys every second, and it’s contagious. Similarly, his fellow band founder and long-time writing partner, Charlie Burchill, looks as unlikely an axe hero as he ever did, yet still makes his guitar soar with skyscraping riffs.

After a worrying opening, including the swift realisation during a failed singalong of Home that most of the adoring crowd don’t know the new album, the band get them on their feet for a history-acknowledging Love Song (it was their first chart hit here, and anywhere) and barely give them a chance to sit back down.

The blueprint remains technicolour walls of synth and Burchill’s sometimes shimmering, sometimes pealing guitars, backed by powerhouse drummer Mel Gaynor (the only other member of the five from the peak-period line-up), with the band’s more earnest and/or overblown songs (Belfast Child, Mandela Day) happily omitted in favour of the disturbingly enjoyable, fist-pumping anthems.

As Ghost Dancing greets the crowd like an old friend, so, too, does an adventurous Kerr as the audience, surrounding him, cry such apt lyrics as “boy, I believe in you” back at him.

Don’t You Forget About Me remains irresistible. Even the occasional duff track (Let There Be Love, She’s A River) can be forgiven thanks to the appearance of the rampant sway of Waterfront or the techno pulse (!) of New Gold Dream. Only the hardest-hearted cynic would refuse to enjoy such a show.