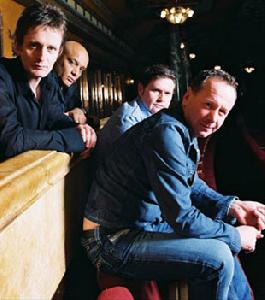 Posted at 20:32h in All News, Live News by Simple Minds
Share

It’s official – Simple Minds are set to kick-off the World Cup at a massive party in Berlin.

The Scots rockers will headline at Berlin’s Brandenburg Gate on June 7th – two days before the first match. The German capital is throwing a party to start a month-long cultural festival that runs alongside the World Cup.

“Simple Minds are football mad, so this will be the best gig in the world for them,” says a spokesperson for the band. “It comes at a great time in the band’s career – they will also be performing a series of outdoor music festivals all over Europe this summer.”

The band will perform their classic songs Don’t You (Forget About Me), Alive & Kicking, as well as Home, from last year’s critically acclaimed album Black & White 050505.

The Berlin gig will  being aired on ZDF in Germany