Simple Minds at T on the Fringe

Home > All News  > Simple Minds at T on the Fringe 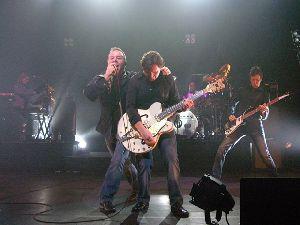 Posted at 20:32h in All News, Live News by Simple Minds
Share

Alive & Kicking in Edinburgh. Simple Minds to perform at T on the Fringe.

Legendary Scots rockers Simple Minds will light up Edinburgh on Monday August 28th as the band perform as part of this year’s T on the Fringe Festival.

This rare concert set amidst the foot of the stunning Edinburgh Castle, Princes Street Gardens, will mark the return of one of Scotland’s biggest music exports.

Tickets for this magnificent concert goes on sale Friday June 9th at 9am (see details below) on a strictly first-come, first-serve basis.

This timely announcement follows hot on the heels of the bands’ headline performance at the World Cup Launch at the Brandenburg Gate in Berlin on June 7th, two days before the first big match.

Their performance at T On The Fringe, set against the stunning backdrop of Edinburgh Castle will be made even more special as the band are recording a live DVD to celebrate their 30th Anniversary.

Says a spokesperson for T On The Fringe: “It seems fitting that one of Scotland’s biggest exports should perform to a truly international audience at this year’s T On The Fringe Festival. To have Simple Minds perform at the festival, which is now in its seventh year, will be a major highlight for what’s shaping up to be a fantastic summer of music.”