Home > All News  > Simply a Surprise 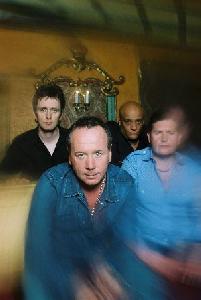 SURPRISES are in store for Simple Minds fans who will flock to Audley End House for an open air concert by the Scottish rockers next month.

Front man Jim Kerr told the Observer yesterday (Wednesday, 21 June) that while he was keeping the set list under wraps for the gig on July 22 – which is the first of a series of five including the Bootleg Beatles, Westlife, Jools Holland and his Rhythm and Blues Orchestra and the traditional Last Night of the Audley End Proms – there would be favourites and a few wild cards.

“What people can expect is a band really really on form and committed to giving 100 per cent – whether it’s for 10 people or 100,000. We throw in songs from the back catalogue that people would not expect to hear or have not heard for a long time.”

They could even include the band’s best known hit, Don’t You Forget About Me. Jim admitted that the band only recorded the song for the soundtrack of 80s Brat Pack movie The Breakfast Club under pressure from their record company who believed it would help them break America and so, at the time, they virtually disowned the chart topper.

But he now agreed: “It’s one of the songs for a generation and we put our stamp on it.”

Despite being so clearly identified with that 80s and 90s era – when they were voted the best live act in the world – Simple Minds remain as busy as ever and are currently playing the last two-month leg of a global tour. Their latest album Black and White 050505 has been critically acclaimed and their back catalogue is regularly raided by new acts using samples of Kerr’s work. The band have been name-checked as an influence by current hit bands like Bloc Party, while Arcade Fire and Antony & The Johnsons have won Kerr’s admiration.

Kerr appreciated the renewed interest and while wary of appearing arrogant, he conceded: “I think there’s a point where Simple Minds have just become a classic band.

“So many groups and artists influence us, so if people are then using us as a foundation to grow something of their own, that’s great.”