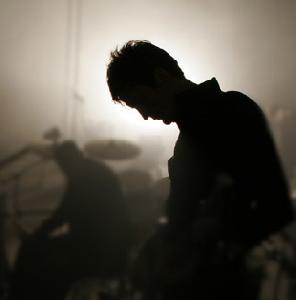 Simple Minds go on tour at Audley End
Following a three-year break from touring, Scottish super-band Simple Minds are back and they are coming to Audley End House in July. The legendary rockers, who have sold more than 30million albums, are opening the first night of the Music on a Summer Evening concerts, on Saturday July 22.

Simple Minds frontman Jim Kerr spoke to The Reporter about touring and the future of the band.

Asked if it felt good to be back on the road playing tracks from latest album Black and White 050505 after a long break Mr Kerr said: “We’ve really enjoyed touring again. It’s just as well really, as this has been a very intensive tour.

“It’s been great fun, really satisfying to see people still enjoying our music, and the summer shows are always great.”

With the massive worldwide success of the band – they recently returned from a sell-out tour of Hong Kong, Singapore, Australia and New Zealand. But having performed in so many countries, just which were their favourite gigs?

“This tour’s had a really wide range of venues – we’ve played everywhere from sweaty rock ‘n’ roll clubs to in front of the Brandenburg Gate. I enjoy them all – they’re obviously all different, but whether you’re playing to 10 people or 10,000, you just get up there and do your thing.”

Simple Minds’ best-known track is probably Don’t You (Forget About Me), which topped the charts in the US in 1985. But does Mr Kerr still enjoy performing the song, 21 years and countless renditions later.

“We’ve never felt like we’re sick of that song,” he said. “Sometimes, you see a song in rehearsal and think ‘no, I can’t do it’, but when it comes to playing live, you just get on with it.

“When we play, we don’t play for ourselves, we play for the audience, and we kind of hear what we’re playing through their ears – experience the gig through them. It doesn’t matter to them if we’ve played the song half-a-million times before, or that we played it somewhere else the previous night – for them, tonight’s the night, and we give it all we’ve got.”

British music has moved on a lot in the three decades that Mr Kerr has been playing and I asked him what he thought of the current scene.

He said: “I’m a bit of a traditionalist – I like live bands, people who tour, and in the last year or so there’s been a lot of good stuff about. Anthony and The Johnsons are really good, as are Arcade Fire. Bands like Franz Ferdinand and The Arctic Monkeys have done great things for British music.”

Simple Minds’ latest album, Black and White 050505 was the band’s first release since 2002 and the frontman hinted there would be more to follow.

He said: “I’ve got a pretty good feeling that we’ll be carrying on for a while yet. Sometimes when you finish an album you just feel exhausted, but this one has been really refreshing. I think you’ll be hearing more from us.”