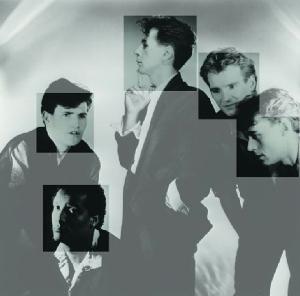 Of all the tracks that we have produced there is little doubt that “Don’t You Forget Me” is the track that Simple Minds is best known for. It was also our first true global hit single having reached no1 on the American Billboard charts in May 1985.To date it still gets played more than frequently on radio station worldwide and is often referred to as an iconic song that is particular to a generation who grew up listening to music in the ‘80’s.

The widely known irony in this is that we never wrote the song that metaphorically “kicked the door wide open for us”, and doing so took us on to an entire other level of success. While bringing millions of new fans DYFAM also turned off some for whom I suppose it was as if we had got far too big for our boots!

As I recall it, the first time we ever played the song on stage was to a live audience of over 100,000 people in Philadelphia when we took part in American production of the Live Aid. Since then I do not think that we have ever played a set that excluded the song and it is somehow doubtful that we ever would, unless we were in some truly perverse mood or so.

Written by record producer Keith Forsey specifically for a movie called “The Breakfast Club”, an angsty American movie that is centered on a group of moody high school kids. As it was, on first hearing the demo of the “Don’t You Song”, we definitely recognized that elements of the song did in fact have a Simple Minds vibe. But not enough to have us jump up and down, bursting with enthusiasm to then go running off and immediately record a version of it ourselves. Again I should clarify for the record that it was not that we did not like the song as such. On other hand we were not exactly in love with it either!

But why so, as evidentially millions who later got to know this song really did love it on first hearing. So why not us? The answer is that at that time I doubt that we were up for considering any ideas outwith the ones that were already occupying us. Working at the time on early draughts of Alive and Kicking, Sanctify Yourself, All The Things She Said etc, we were already wildly enthusiastic about where our own music was taking us. As such it is true that we initially cold shouldered the idea of cutting “Don’t You Forget About Me”.

Obviously we did change tact at some point however and in all probability that was due to the persistence of our manager Bruce Findlay and of course Forsey himself, whom we finally met up with and liked immensely. Keith had wonderful energy and an appeal about him that we could not resist, and so we did agree to do exactly what he wanted – which was to give a truly inspired arrangement to what was his cute little pop song!