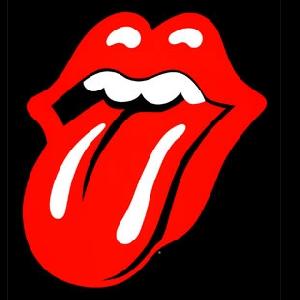 Later this week in an open air stadium in Stuttgart we are set to open for The Rolling Stones, it will be the third time in our career that we will have been given the task of warming up the audience for Mick, Keith, Charlie and Ronnie and as a challenge I consider it to be something quite special.

Differing opinions abound of course and although when it comes to the songs personally I am a bigger fan of The Who, however  I do have to concede that the Rolling Stones are still worthy of their general status as the ultimate rock and roll act. As such I have immense respect for them, especially as a touring band where more than any they can almost lay claim to having invented arena/stadium touring, as well of course as inventing the specialized art of performing outdoors successfully to the biggest crowds.

Playing outdoors in an effective manner is something that very few musical acts in my opinion manage to do well and as a challenge it seems to me to be beyond most performers. As a journalist for whom I have much respect recently put it. “The thing about playing to a big audience outdoors is that for some reason music sounds different outdoors and everything looks that bit different in daylight. Daylight is not the most conducive ambience as a backdrop to a rock and roll, the stage in daylight is much less the focus of attention than in the usual darkened hall and that means it is easy for the audience – usually a mixed bunch especially at stadiums or rock festivals – to be distracted. This of course means that an act has to work with a different attitude, an attitude that is open and inclusive. It also calls for a set that has big songs that are bold and brash. Or even better, a set full of emotionally wrenched classics! Open air calls for big voices and big personalities, cool and intimate types just don’t work!” Very precise words.

As a kid of 14 years I saw a television documentary of The Rolling Stones North American tour. It was the first time I had seen a rock and roll band play to vast and excited crowds in the arenas and stadiums of the various cities of an entire nation. The whole spectacle seemed wonderful to me as I marveled at how the tiny and distinctive members of the group could collectively radiate and weave their spell successfully in these overwhelmingly sized venues. Even then it dawned on me that you needed a big heart to play rock and roll as it should be played, and all thanks to The Rolling Stones!