Home > All News  > Blues For Buddha 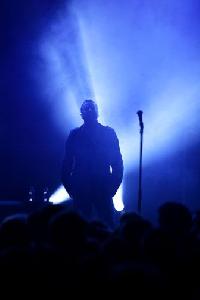 Its two weeks since the final show and the “come down” that I am experiencing in the aftermath is noticeable. To summarize, I seem to be in the throws of a small depression. Sluggish, may be just one adjective I could use to describe how I have felt since the last chord rang out in Edinburgh. Emptiness would be another. Perhaps haven given everything throughout, that is to be quite expected. Either way it is an odd feeling that presides and especially for someone who is usually very much on top of my game.

In truth I am neither surprised nor worried, that a dark cloud or least something resembling it, has descended on me. In fact I could easily have predicted that I might find myself suffering a little bit from “the end of tour blues” that are common enough to many musicians who suddenly “plonk” themselves down after months spent perpetually in motion.

You see, the overall greatest thing for me about life spent touring as a professional singer is the clear cut sense of purpose that instills each and every new day. I love being on the move, and my life makes absolute sense only when I am on tour – in that I know exactly what is expected of me from when I first open my eyes early in the morning of any concert days. Take that away, and inevitably doubt and uncertainties creep in as I suddenly engage once again with a different and more hard edged world. (It’s called real life, baby!)

But this ennui will pass, it is all part of the process and in fact I already felt better this morning than I did say a couple of days ago. It was good to go out jogging for the first time in a while and feel an adrenalin rush that has been missing, I also expect to get some hiking in over these next weeks before the fading ghost of summer gives up with it’s last glowing mornings.

The Verve’s “Lucky Man” is coincidentally reverberating around my head as I type this, and with the life I have, if I am not a lucky man, then who is? Next up, Charlotte Gainsbourg serenades me with the title track of her 5.55 album. It is great to get inspired and that is what this music does. A true gift!