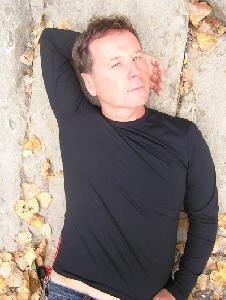 “Gratitude is the heart’s memory” states a French proverb, and so it is right that this week I not only say Happy 60th Birthday to David Bowie but also thank him for the sense of wonder bestowed on me through listening to his music through the years.

In truth I have no idea if the gifted life I have known would have come to pass without the effect that Bowie and a few others have had on me, but the chances are probably that it would not and for that fact alone I owe so much.

My memories of catching David Bowie live in Glasgow in the early seventies still burn blindingly bright as ever. Shocked in the most thrilling way, I have gone on record as saying that I am convinced that my goal in life was radically established while awesomely observing Bowie as he entered the Green’s Playhouse stage that night. Least of all in the sense that from that moment on I dramatically knew for certain that all I wanted in life was to carve out a destiny for myself that involved performing in a rock and roll band. The fact that the reality came to pass without doubt owes more than anyone could imagine to the inspirationally strange pop music that Bowie played throughout his performance that night.

As time passes I become even more appreciative, albeit in a different way, of those artists who gave so much pleasure to me – especially throughout those weird teenage years when music sometimes seemed my only real companion – as well as the only thing in life that made any sense, to be honest.

Bless you then David Bowie. Thank you and God help anyone who would even dare to criticize you – least when I am in the room!