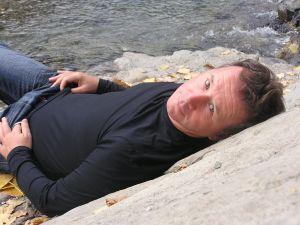 Eventually with all our thoughts currently concentrating on the next album I did not expect that we would be playing live again so soon – but the unexpected does happen I guess.

Australia and New Zealand featured prominently in the many highlights of our tour last year and as such we are really happy with the prospect of returning imminently. To be honest I am more than delighted because over these last few months I have desperately missed touring, but way and above that I genuinely love visiting both OZ and NZ.

I have a bond with those countries that goes back to our early days when probably like most first time visitors to that part of the world I instantly liked the cities, the climate and the natural landscape. But even more so I identified with the energetic characteristics of the people and made a lot of friends as a result. Above all Simple Minds experienced something new and exciting, something that we could never forget. It was the taste of success and it was these countries that first gave us what was to become our first breakthrough recognition. For that alone we will always be in debt for that particular encouragement as it meant so much to us within what was a rather fragile part of career.

In fact prior to our visit last year I was more than curious to discover as to how after a seventeen year absence my initial positive impressions of those countries might have altered. Seventeen years is a heck of a long time after all! But if anything I enjoyed our time more than ever and the audiences who came to see us gave us such a genuine welcome. Although equally positive, some of the reviewers were a bit cheeky but even when it comes to that the Aussies and the Kiwi’s show some flair. Being kind of cheeky myself, this is something I profess to know about!

The bonus of this tour will be the opportunity to share the bill with INXS. Homegrown musicians, born and bred Australian, justifiably they will obviously be the star attraction. We know those gentlemen well in fact and if memory serves me well (It rarely does these days.) we first played together in Canberra in ’82. Our paths have crossed many times since and I admire them for being both a great live band and the all round good people that they are. In addition I also admire their survivor spirit. Being such a close unit, Michael Hutchence’s death must have been a particularly devastating blow to them and I have very fond memories of seeing them all together at least on more than a handful of occasions when they were in full flight and literally ripping up the stage!

Long may they continue and us too for that matter! We are set for some great nights together and I am truly looking forward to it!