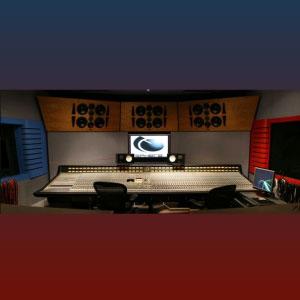 Posted at 17:09h in All News, Studio Notes by Simple Minds
Share

In total 4 songs were recorded and mixed, including an 8 minute long version of ‘In Every Heaven’, originally recorded in ’82 during the New Gold Dream sessions and subsequently released back then in instrumental form as a  B side to ‘Someone Somewhere In Summertime’. All other tracks recorded are entirely new compositions with both ‘Stagefright’ and ‘On The Rooftop’ being credited to Charlie Burchill and Jim Kerr. “Broken Glass Park” written by Jim Kerr and Owen Parker was however heard previously this year during the live sets from Kerr’s solo project Lostboy!AKA.

As yet nothing has been confirmed regarding the release of the new recordings, although unofficially there has been talk that two of the tracks might feature in an extensive compilation to be released early next year. Meanwhile it is thought that the remaining tracks are in fact the first tracks for what will eventually become the Minds 16th studio album of original compositions due to be released in ’12.

Jim Kerr “The recordings went extremely well, super actually! Confidence had been high especially since the band had sounded so good live throughout the summer shows, with that in mind we decided somewhat spontaneously to go into the studio and throw somethings down. It’s different from our usual method but I would guess that next year we will do a few more of theses short sharp bursts of recording – it’s a sort of wham, bam, thank you ma’am, approach that surprisingly seems to suit very well!”