Home > All News  > Creatures Of Habit 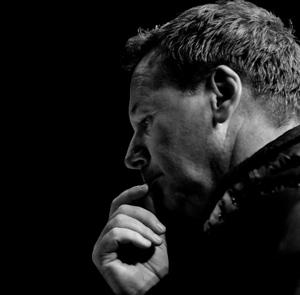 There is a small town/village about 45 minutes drive from the centre of Brussels, and for almost the last decade or so we have happily gone there to rehearse and prepare for our tours.

So innocuous that it barely registers on most maps, I have with equal amounts of sarcasm and affection been known to quaintly to refer it in conversation as “The New Capital of Rock N´Roll” – when of course it is anything but.

Reportedly the mother of none other than Brian Eno was born there however, and if that is genuinely so, then at a push perhaps the town could market itself as `The Motherland Of Ambient Music´.

Least I know I would be tempted to do so if I was the local Mayor, but I am not, so let´s leave it for them to decide what best suits.

In any case, despite its probable low profile as a destination of much particular note, it continues to be the “base camp site” for Simple Minds prior to us setting out on our live treks. The aforementioned low keyness of the setting makes it perfect actually, because with no distractions possible there is really nothing that can get in the way of the work, which for us is the whole point of being there. Additionally, the lack of any nearby restaurants or trendy cafés of which the capital city is full, helps banish long lunches and probably keeps the collective waistlines that wee bit more in check as a result. (I do wish that last part was true!)

Being the creatures of habit that we are, rehearsal periods with the full band always run for a couple of weeks and are both relaxed and intense. Relaxed in the sense that the rest of the outside world get´s put on hold and the days become all about the music and the camaraderie between us. Intense in the sense that they are usually long, physical days that see us rehearse and routine song arrangements almost non – stop for anything between 8 to 10 hours.

That is quite some shift especially for drummer Mel Gaynor who never holds back from pounding away. But then again he is a force of nature.

It is also demanding for a singer, but it more than helps rebuild the strength of the voice, especially if I have not sung live over the previous months, which is usually the case.

Throughout these days, most of us spend the entire rehearsal on our feet. Although I am never quite sure exactly why that is, I guess it just does not feel quite right to play our music  – even in rehearsals – while sat in a comfy chair. Being so I have to assume that indirectly the leg muscles among others are also being strengthened, which is a good thing too as it builds us up physically and prepares the body for, er, hauling our luggage through endless airport terminals in the months ahead!

Rehearsals have always been a private affair and rarely is anyone invited to sit in with us. Therefore usually there are no friends, no family, and no one that is not directly involved with the music in other words. Which is all as it should be. We are working after all, and who really would feel right taking friends and family with them when they go to work?
Oppositely, sometimes on the last day we do open the doors. And as long as they promise to leave their cameras etc behind, we let locals come and sit in the small theatre as we bash out a set of songs.

The circumstances of that means that some of the tunes are “unofficially” being played for the first time in public and therefore some small amount of Simple Minds history is even being made.

I am never quite sure what the locals make of it all, but it feels the right thing to do on our part.

It´s a way of getting out in front of a few faces again and becoming familiar with what that feels like prior to the first gig.

More importantly it´s a way of sincerely saying thanks to them for letting us be in their little place.