Down In The Park! 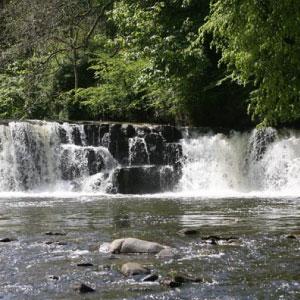 When traveling, it is the city parks among a few other things that make life even sweeter for me, and it has always been so.

I recall that I even experienced Central Park in New York as the backdrop to my first marriage ceremony and what a day that was! I recall further that somehow and as if by magic a lone Scottish piper – dressed in full regalia – came walking by, just as we were about to take the vows. I of course hired him on the spot and all of a sudden I did not feel thousands of miles from home. Such a sweet memory still! Even if it chills to think that back then in the days before Mayor Giuliani´s “clean up,” The Big Apple´s greenest patch was a regular haven for muggers and all sorts of random violence.

Londoner´s – good on them – are as spoiled for parks as they are with many things, the sheer size and scope of the place make it so. And the city´s Hyde Park is probably the park that I have spent the most time in over the years, knowing each and every inch of it as though it was my own back garden. In fact in some ways it was/is still my back garden as I have been staying next to it for decades whenever I am in London. As a habit then, it is the first place I head for each morning before the rest of the working day begins. Honestly, a walk around the Serpentine on a sunny morning is as good as it get´s – or least it can make you feel like it is.

Of course Hyde Park also hosted one of the great career nights when we played at Nelson Mandela´s birthday celebrations a few years ago – now that was a night that for so many will live long in memory.

Incidentally it was also the cycle route in Hyde Park that was responsible for me buying a bike a few years ago and then since I have taken the bike with me to so many other destinations including Hamburg, Antwerp, Amsterdam, Denmark and South Of France. (Notice that I have omitted Sicily, as plainly those hills that surround Taormina are best left to those with legs of steel…or a death wish possibly.)

Mentioning home – we were back in Glasgow for a few days just last week and I was immersed in the new Simple Minds songs that we had come to demo.

There is always a particular excitement involved with the novelty that comes from working on fresh ideas. I really cant exaggerate the pleasure I get from walking around with new sounds coming out the mp3 player as I checkout the results from the previous days endeavours. This then was what I did on a couple of mornings within the city´s Linn Park, which was even more stunning than normal for this time of year, swathed as it was, in bluebells and other natural beauties.

The wet and windy city itself was immersed in the dramas that surround our local football teams as the season came to a climax. As well as that, the on going fall out from the recent local elections had everyone mulling over the future of the city and indeed the country. The desire for Scottish independence is on the rise no doubt, and many are pondering, “should we stay, or should we go?”

Time will tell, as always!