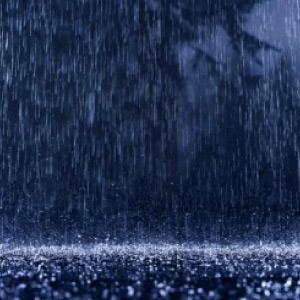 HEAVY rain caused chaos across Scotland yesterday as people were forced to flee their homes and roads were closed.

According to the Glasgow Herald newspaper, Monsoon-like conditions saw more than half of the predicted rainfall for July fall in just 24 hours in some areas, while others remained bone dry.

Described by some in different parts of the country as the worst rain ever seen, extreme rainfall on the outskirts of Inverness flooded houses and also caused major disruption on the roads.

Of course somewhat typically we just happened to be on stage in Inverness amongst it all as the record breaking amount of wet stuff came bucketing down, but I guess that is more often than not just part of the deal when you decide to play outdoors in summer in Scotland, or at least so it seems.

But either way we certainly have not had much luck while playing in the open air in our own country in recent years. For example just two years ago our prestigious show at Edinburgh Castle was verging on being cancelled and with only minutes to showtime The stories about the deluge of rain that fell exactly in the time slot between our opening act Silencers and our own scheduled set have become legendary among fans of Simple Minds who were with us that night. Strangely enough though, and against all logic, many with hindsight look on the Edinburgh show – which did eventually take place albeit 30 minutes late – as one of the best ever gigs. I am among those who think this.

And how come? Well I guess, you just had to be there on the night to both understand and witness how our audience defied the elements and along with the band conjured up a great determination to keep the spirits high and in doing so make sure that a great time was had. Some even said that the rain added to the atmosphere, as indeed have some who yesterday posted similar sentiments re the show in Inverness, where incidentally the audience were unbelievably resilient to what has been the crappiest of weather for outdoor gigs.

I will surely never forget how the audience in the capital of the Highlands cheered us on despite standing for hours in a sodden grass park, they were a true inspiration.

And who is to blame for all this rain? Uh, the answer is me possibly! After all I am the one who wrote the lyrics to so many of our songs that contain imagery of rain. Waterfront possibly being the most famous, likewise I even titled our sixth album “Sparkle In The Rain”. That being so you can expect more future songs to have sunny themes – as lets be honest, we have all surely had enough of getting wet!