The Passing Sound Of Summer

Home > All News  > The Passing Sound Of Summer 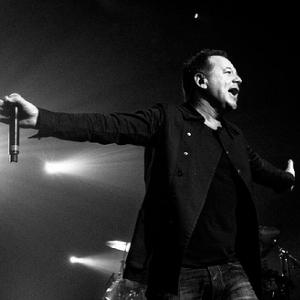 Since it is still early August it is a tad premature to be talking about summer being over. However with barely over a handful of gigs left for us between now and September, it is natural to feel that we are now coming to the end of the current string of dates that have occupied us in one way or another from rehearsals that began in late May.

But that is just the way the way it feels when touring. It whooshes past at a pace that is difficult to get used to, and then before you know it you find yourself on “the home straight” and thinking “So what is next then?” Which is sort of the state I am in right now. Or it was the state I was in until a few weeks ago, but I am excited to say that things have come along way since then and quite a few plans are in fact taking shape already for next year. When concrete enough they will be announced and hopefully that will be in the not too distant future.

Meanwhile, although by no means home and safe and dry, we are easily far enough into the tour to start reflecting on how it´s been and what highlights have occurred. For me the greatest highlight has been the recognition of how good form Simple Minds are in currently. I think it is undeniable that the band has put together a set that built so much on where we were previously. That it has pleased our audience is all the reward necessary and all the encouragement to go further next time.

Central to the current good form has been the recruitment of bassist Ged Grimes. Changing personnel is always an arduous task and yet to say that GG who was making his first tour with SM has slotted in with the most minimum of fuss would be an understatement. The surprise to me is how his talent has both underpinned all that is good about the sound of the band – as well as somehow making everyone else raise their game. He has been phenomenal both on stage and off, through being a calm, solid, positive type whom I feel would improve whatever situation he found himself in.

Other highlights? Without doubt finding ourselves in a position where at the drop of a hat we can switch from playing an inspired song from over 30 years ago, to a brand new song being played for the first few times, gives great stimulus. Who would have thought that “Celebrate” and “This Earth That You Walk Upon” – last played 3 decades ago – would now make their way into the current summer set?

Likewise who would have thought that they would sit so well with the as yet still so new that it´s even officially unreleased “Broken Glass Park”. In fact, BGP has been the standout track on some nights.

Hopefully this demonstrates how “full blooded” we are creatively at this particular time as many other new songs of a similar level of quality are coming together.

And finally, the highlight above all has been the continued witnessing of the pleasure that the band is able to give to all of those who support us so remarkably by turning up at each and every show. Nothing comes close to the sensation and satisfaction that it gives me.