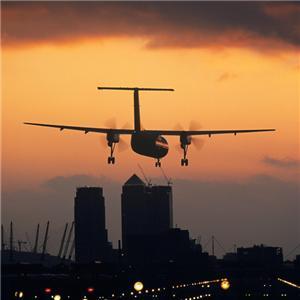 Yes, that is right! Here was someone who had literally traveled from the other end of the earth and the sole reason was to be with us as we blasted out our music into the heat of the night. And then, only a handful of hours after we had come off stage, he was already back off running through the airport terminal to catch the connecting Quantas – and then flying over Europe, Middle East, India, Afghanistan and Indonesia en route to Sydney – and all for the love of the music!

Well, I cannot be sure how happy he was to meet us face to face as we boarded the plane together, but I can tell you that I was delighted to shake his hand and thank him for making such an effort and in doing so obviously showing some quite amazing support for Simple Minds.

Thereafter we chatted a little and laughed, especially when he replied to my question as to why he had made such an effort to come to all the way at this point in time?

His reason mainly was that he really did not want to miss this Simple Minds summer tour especially since he had seen so many of our tours and he felt it important not to frustratingly miss out on this one as a consequence.  He then cheekily followed up with something like “Well, none of us are getting any younger and you never know when it is going to be the last time!” Well, I might have chuckled along with him at that slightly morbid thought, particularly as I had almost choked to death that morning on what was a very poor excuse for an omelet. However, hand of fate aside, I guarantee you that there are a great many miles still to be traveled for me and for this amazing Simple Minds fan before this band goes out on tour for the last time. This I can promise.

Of course we are appreciative to all who can manage to come and see us when we come to town, usually welcoming us so thoroughly on top of that. But we do relate that bit more to those who somehow travel all manner of distances to see us, and the reason for that probably lies in the fact that both Charlie and I recall so clearly the days when we spent travelling around to see live acts that for some reason would not make it so far north as our hometown of Glasgow. Making the pilgrimage all the way to see Bob Dylan at Knebworth is just one such trip that still sticks out so vividly to me.

But that was then, this is now, and tonight we are in Belgrade playing. I am aware of people coming all the way from Italy and Hungary to see us; I am also ware that a huge local audience has been looking forward to the event for sometime.  I hope they all feel how much we appreciate the opportunity of playing for them and that nothing gives us more pleasure than to return the same passion as those who so passionately give so much to us each night we are up on stage.