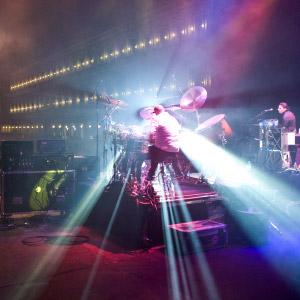 PLANET ZERO is the title of the new song that we will record next week in a London studio.  An insanely catchy and  thundering “space – rock” track, with music written by Charlie Burchill, it also features arguably one of his best ever guitar melodies.

If pushed to describe the song I would say that it conjures up Prince set to the background of Hawkwind – the still enduring acid rock band that we listened perhaps too much while at secondary school in the early’70’s. In truth though and as always “Planet Zero” sounds like pure Simple Minds, albeit remade and remodelled.

Without doubt “Zero” has been much fun to work on to date and I am positive that there is much more of that to come when we set up to record it with producer Steve Hillage who we last worked with on our Sons And Fascination/Sister Feelings Call albums back in’81.The American, Love Song, In Trance As Mission, Theme For Great Cities and Seeing Out The Angel are only some of the notable songs that came out of the collaboration between SM and the legendary guitarist/producer. And although the idea of re connecting with Steve might be considered as an attempt to turn back time, the goal is anything but as we set about determinedly staking out an on going future.

Meanwhile, although our summer tour ends in Zurich this weekend, patently we have no intention of stopping work right now. The music industry might be in crisis, record companies are dramatically cutting back and indeed even the remaining few record stores seem to continue closing everyday.

Nevertheless we move on, energetically writing new songs, behind the scenes planning new tours. We simply refuse to give up, refuse to give in. This is the path we have chosen for our lives and we will continue with it through good and bad, through thick and thin.

In Belgrade airport early on Friday morning, I was badgering our lights/production manger Steve Pollard to check out the demo of Planet Zero. (I was still high on adrenaline from playing to a crowd estimated to be at just over 100,000, only a few hours earlier.)
Steve although maybe just suffering from an ever so slight hangover mixed with exhaustion – reminded me clearly of the first time we met.

It was in the lobby of the Taft Hotel in New York in 1980 and guess what I was doing?
I was badgering him to listen to the demo of our then new song. It was called I Travel! He liked it immensely and as a result decided to work with us, he is working with us still.

Everything changes seemingly, but some things stay the same. Thankfully!