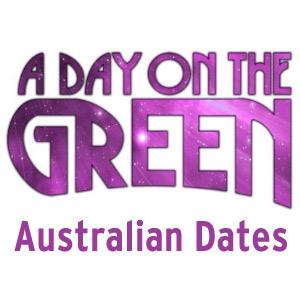 Posted at 19:19h in All News, Live News by Simple Minds
Share

Just announced in the southern hemisphere Simple Minds will play eight dates in Australia and one date in New Zealand!

Dates are as follows:

a day on the green and indoor shows nationally
They defined a generation, are revered by critics and adored by fans.  In an epic career spanning 30 years and more than 60 million albums sold, Simple Minds travelled from the streets of Glasgow to become one of the world’s biggest bands with a musical majesty that still inspires awe.

In what promises to be one of the most captivating tours of the year, Simple Minds and Devo will perform indoor shows and the popular a day on the green winery series later this year.

Joining them, and adding another highlight to savour, will be one of Australia’s finest, the church.  Simple Minds, Devo and the church all in one night – now that’s what we call a concert not to be missed!

Simple Minds has had a lengthy love affair with Australia since tasting success here for the first time anywhere in the world with their first hit single ‘Love Song’ and first Gold album ‘New Gold Dream (81-82-83-84)’. A stellar array of hits followed like ‘Don’t You (Forget About Me)’, ‘Alive and Kicking’, ‘Love Song’, ‘Promised You A Miracle’, ‘Glittering Prize’ and ‘Waterfront’ spanning eight Top 20 albums.

Lead vocalist Jim Kerr says: “Australia holds a very special place in the heart of Simple Minds. It was the first country anywhere in the world to embrace our music and we have wonderful memories of the tours we’ve done. We’re extremely excited about playing in Australia again.”

In the live concert arena, Simple Minds have few peers. This is a band that has played countless sold out stadium tours including three times at Wembley stadium, has been voted the prestigious Q Magazine’s ‘World’s Best Live Act’ and has retained an enviable reputation as one of THE great live concert bands.

Simple Minds commence a lengthy European tour in late June in support of their just released box set “Simple MindsX5” which features their ground-breaking first five albums ‘Life in a Day’, ‘Real to Real Cacophony’, ‘Empires and Dance’, ‘Sons and Fascination/Sister Feelings Call’ and ‘New Gold Dream (81–82–83–84)’ as well as a bonus disc of rare and previously unavailable B-sides and remixes.

There’s no denying the influence Devo – brothers Mark and Bob Mothersbaugh and Gerald and Bob Casale – have exercised over a new generation of artists. Invitations to play the Livid Festival (1997) and Splendour In The Grass (2008) on past Australian sojourns is testimony to their currency with music fans.

Devo was an extension of a multi-media exploration of the concept that mankind’s progress had ceased, and the process of de-evolution had begun.  Their early work from the visionary debut ‘Q: Are We Not Men? A: We Are Devo’ caught the attention of such icons as Brian Eno and David Bowie, and with hits like ‘Whip It’ and ‘Girl U Want’ and the accompanying revolutionary music videos, the group became one of the defining acts of the 1980s.

Devo’s surrealist and highly innovative stage shows have been an influence on artists from Rage Against the Machine to Lady Gaga. Kurt Cobain once said, “Of all the bands who came from the underground and actually made it in the mainstream, Devo is the most challenging and subversive of all.”

In 2010 Devo released their first album in 20 years ‘Something For Everyone’ and have re-ignited their passion for live performance. They are about to tour the US with Blondie so will be in fine form when they hit Australian shores again.  DEVOtees….. expect the unexpected!
the church

The Models induction into the 2010 ARIA Hall Of Fame was recognition of the status this pioneering Melbourne band has always held. Led by Sean Kelly and James Freud and emerging from the post new wave scene, Models’ produced ground-breaking albums ‘The Pleasure Of Your Company’ and ‘Out Of Mind Out Of Sight’.  Kelly has continued to work as a producer and performer with his solo combo and leading various Models reunions.