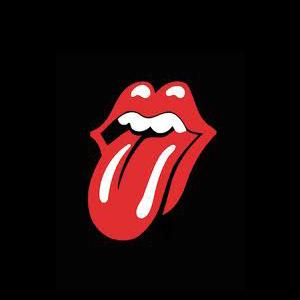 Ever since I can remember, the UK media has been obsessed in one way or another by The Rolling Stones. It continues and in fact shows no sign of any reduction, particularly over the last few days where there has been plentiful media space highlighting the band’s recent 50th anniversary.

I am somewhat surprised that the band has only been around for such a relatively short period of time. Because frankly, a bit like our monarchy or the Boy Scouts even, it seems to me like they have been around forever.
As someone who has bought and loved their music, I actually need no reminder of how important or how culturally valuable they are both as a musical group, and as a most colorful institution. Rolling Stones were my mother’s favourite band after all, while Dad is more a Beatles guy.

Moreover, I am well aware that the career I have owes much to the charismatic Londoners and that other well – known band from Liverpool. Both pretty much invented the industry that I have worked in blissfully since becoming a semi-pro at the age of 17.

Having had the honour of seeing “The Stones” extremely close up, as a result of opening for them a few times over the last decade. I can say that it was thrilling to view them go about their business. Indeed the last time I saw them they seemed to have truly rediscovered their mojo, and with some profundity at that. So good, they were displaying the kind of rare enthusiasm and energy that only the really great live acts can muster. Nothing less than 100% commited to giving all they had to those who had showed up and paid handsomely. Unbelievably, I once had the mind blowing good fortune to stand a few yards from Robert De Niro as he performed with a riveting intensity on a tiny New York stage. Likewise, witnessing Keith Richards play the riff to ‘Start Me Up’ from an equally close proximity on a dark, humid night, is something that I am unlikely to ever forget, or for that matter credibly describe. (Forget the Pirate stuff. T’was like observing a genuine Zen Master)

But the huge soft spot I have for the band also owes much to the fact that we found ourselves working in the same Manhattan recording studio back in ’85, when we were working on our ‘Once Upon A Time” sessions. Never before had we been in the same “air space” as such famous people, and understandably we were timid regarding the possibility of being introduced. In reality, they were friendly, courteous, and even encouraging. Jagger wandering into our studio on a handful of occasions to chip in with the odd suggestion, Charlie Watts insisting that we share his tea – all served in the best of China as I recall. In total, they were real gents!

Finally, the biggest benefit for me in taking note of the on going story of the Rolling Stones, is that in selfish comparison to the “Masters”, I cannot help but feel like a kid. Sorry if that comes across as being a little cheeky. But the sensation is not something that happens every day. For example, when we go on stage later at the Latitudes festival, it’s almost certain that we are “the old guys” – on the day. As a reality it’s something we are still getting used to, but I don’t know if we ever will fully get the hang of it.