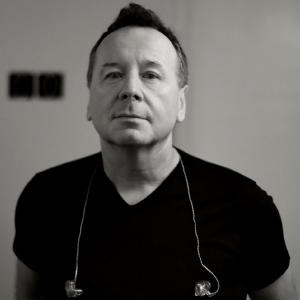 Simple Minds love Italy. That is not to say that we don´t revel in all the places that kindly have one way or another taken our music and us to their collective hearts. But our affection for that country in particular has another volume altogether. Actually, it has other dimensions too.

Some of the best shows we have ever done may well have been in Italy, and some of our fondest memories experienced to date, just happen to have occurred whenever we cross the border that leads us from the north all the way down eventually to the very southern tip of Europe. All of which coincidentally, is where we will gladly find ourselves tomorrow night – by ways of our first ever concert in the Sicilian city of Catania. I cannot express how much we are looking forward to playing in that energetic, tough city, that lies at the foot of a volcano that strikes me as being full magic and mischief.

Of course there is nothing unusual about this, most who visit Italy surely find themselves charmed at least, if not actually head over heels with the ambience of the place. In fact, the landscape alone has always entranced us, so much entranced in fact, that having got under our skin, Italy has since become like a second home to both Charlie Burchill and myself.

How come? Well, the climate, the food, the culture and the companionship we have encountered along the way also had much to do with that as an eventuality. Fact is, that whenever I have run out dreams and run out of energy. It is to Italy that I still go. Knowing that I can depend on being recharged, somewhat reborn even. Cannot explain why this is, some things just seem like they are part of a bigger picture which will always remain unknown. Some call it destiny!

I will never forget the first time back in July ´83 when we made the short morning crossing of the Messina Straits by ferry. Waving goodbye to friends on the docks of Calabria, we could already see the rooftops of Messina and the fearsomely powerful outline of Mount Etna, the symbol of Sicily itself, which lay ahead of us across the bluest water. The advancing golden daylight told us that we were about to enter a very different world. That we did. My life seemingly changed in those moments. I have never looked back.