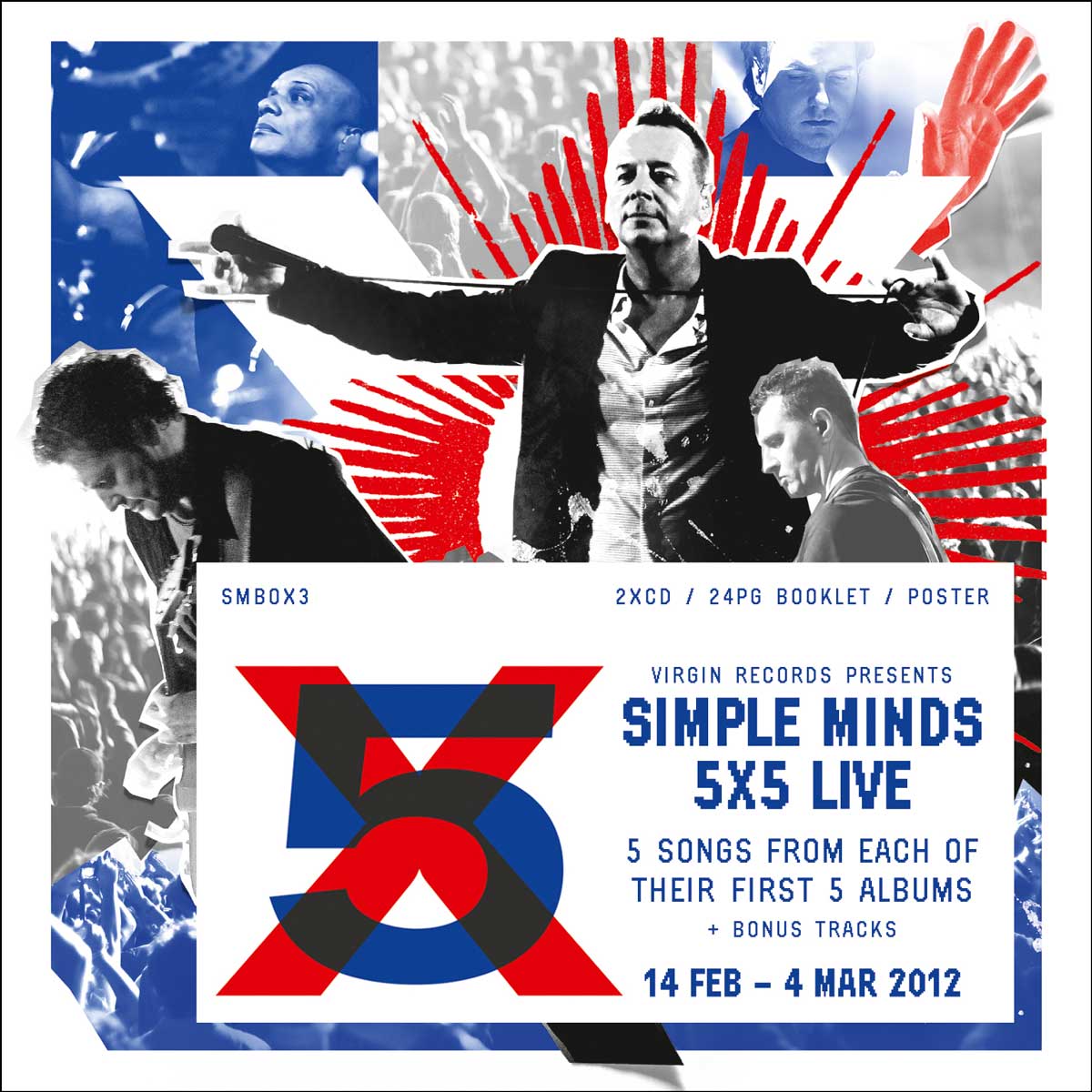 5X5 Live is a double live album featuring five songs from each of the band’s first five albums plus bonus tracks, as the band played slightly differing sets in different cities. The universally acclaimed tour, which took place between 14th February and 4th March, saw the band playing sets that included songs from the albums: Life In A Day, Real To Real Cacophony, Empires and Dance, Sons and Fascination/Sister Feelings Call and New Gold Dream (81, 82, 83, 84), all of which were released in a prolific period from 1979 to 1982. This comes on the heels of the X5 Box Set of the aforementioned albums. 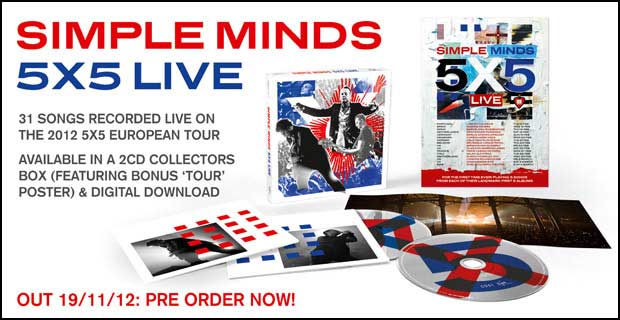 These five albums have had a massive cultural impact from the time of their release during the birth of the new wave electro scene in the late 1970s, through the dance revolution of the ‘80s and ‘90s, to the music of the Manic Street Preachers and the recent sound of The Horrors’ Skying album, making them five of the most vital albums of the post-punk period and the last 35 years.

The album comes as a 2 disc set in a clamshell box with a 24-page booklet and a 25” x 25” tour poster. It’s an incredible memento of an amazing tour.

5X5 Live is a testament to what an incredible live band Simple Minds are, especially considering they were playing some of these songs for the first time in decades and performing them with such vitality and passion, proving why they are one of the most successful UK bands of all time.

“Simple Minds go back to the good stuff – and now everybody loves them. Result!”
4/5 live review, Q Magazine