Missing Out On The Shortbread Show

Home > All News  > Missing Out On The Shortbread Show 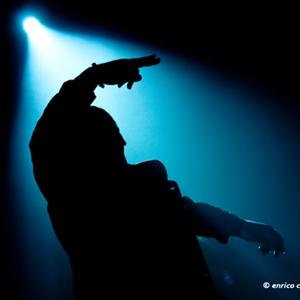 Judging by the on line posts from many of our fans it would seem that there was a fair amount of disappointment regarding the fact that BBC Scotland chose to overlook Simple Minds Hogmanay performance in Edinburgh’s Princess Gardens.

I can understand the disappointment from those who were hoping and perhaps expecting to at least catch a glimpse of our set, and I was disappointed for them. But I also understand that there was never an obligation to include us. BBC Scotland has every right to decide what best suited their coverage after all and if that involved a decision to overlook our set, and in turn focus their attention elsewhere, as they did. Then so be it. Boo Hoo!

It was nevertheless in my view, still a puzzling decision on their part. Particularly so, given the fact that we were headlining the country’s biggest live event on the night and that surely merited some profile? London based Sky News in comparison seemed to think so, as they interviewed fans etc after our show.

So then, why did BBC Scotland decide to omit Simple Minds from their “shortbread show?” Possibly they have never heard of us, or don’t know anyone who has heard of us, and therefore who would be interested in seeing us on TV? Or maybe given the fact that we neither sport beards, knitted jumpers, and sit tapping our toes to the sound of zany fiddles, that really worked against us on this occasion.

Too much eyeliner and pulsating synthesisers – therefore not fitting the format etc. Or maybe they think we are Italian and therefore of little relevance to the night? Come on! It could be any of these really, but I guess you would need to contact them direct to get the answer. (Jeez, I so hope they don’t respond by saying that we are by far too ugly for tv and that we would scare their viewers!) At any rate, you could also let them know how you felt about their decision – should you care to do so.

Edinburgh nevertheless was magical on the night. Walking around earlier in the evening it was easy to feel the warm atmosphere building.  A perfect situation for such an event, it was also difficult to imagine that Hogmanay celebrations were not the first thing on their mind when it came to designing the city.Good job then that we arranged to do some filming of our own, no way were we going to let the opportunity pass us by without documenting Simple Minds part of the evening’s events.

On that, we have now amassed a fair amount of live footage from our travels over the last decade. For sure we will at  some stage get round to producing some sort of  film/documentary taken from the mountain of stuff already gathered and to which we will undoubtedly continue to add as the future unfolds. But will you ever get to see any of it? Yes, you will. And when you do there is every chance you will see some of Simple Minds playing live in Edinburgh on Hogmanay 2012.