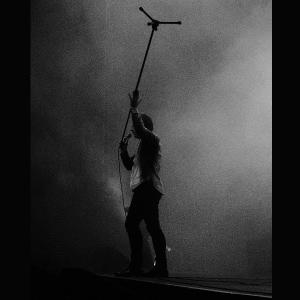 Arriving at Ca Va studios, 201 St Vincent Street, Glasgow, in July 1977, I had no idea regarding the experience that was to unfold or what it would lead to.

How could I? Not only had I never set foot in a recording studio previously, I had also never met anyone who had been in a studio even. To say then that it was all something of a novelty would be massively understating the experience of that warm day.

The day passed in a blur all the same, and something like 8 hours later everyone involved sat crammed in the tiny control room, all very chuffed with the results of what had been captured on the magnetic tape on which our first self composed songs were freshly demoed.

The still easy to recall celebrations that followed on throughout that evening in the nearby Queens Street pub, were probably as much about relief as they were about the results. For as exciting as it all was that day, it had been a nerve – wracking experience no less

A few months later we were back at Ca Va and even more excited. There was definitely less nerves and a bit more of a confident swagger about us as we set about demoing the songs that were to set Simple Minds on the very path that we are still on to this day. As before, we had no idea as to how the future would play out as a result of what we created that day.

And that very much is the state of play currently – as I try to explain to each and every journalist who enquires as to how long I envisage Simple Minds continuing.  “Who knows?” is the genuine answer. It could be another 3 years only? Maybe 5? Possibly 10? Or what the hell, how about 15 then?

No one knows, and that is the only certainty with far too many factors involved to even hazard a credible guess.
No doubt, back in those CaVa days, the idea that anyone with the exception of say Frank Sinatra would still be recording and performing beyond “middle age”, would have seemed hardly likely to us. Now it is increasingly difficult for many to decide where “middle age” even begins and ends.

The way I see it, although inevitably at some point the effects of age would play its part , as it does with everyone. To me the main factor is less with age itself and more about how you are able to keep alive the vibrancy of imagination that is necessary to create, as well as the heart filled desire to want to continue satisfying audiences.

Coincidentally, yesterday I bought David Bowie´s new track. Next month I am looking forward to seeing Kraftwerk on stage. One of the biggest frustrations for me last year was missing out on seeing Patti Smith when she played in Glasgow, and alternately I really cannot wait for the coming summer months when Neil Young tours Europe. The thing that all of the aforementioned have in common, colossal talent aside, is the fact that they are all 65 years old and over.

More personally to me, the greatest thing they have in common currently is that they continue to write and perform (Hopefully Bowie included) with complete disregard for any notion of age. It´s great to witness them continue as classily as they do, all very inspiring to Simple Minds.