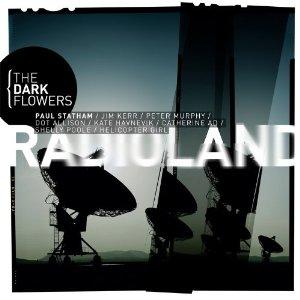 It often happens like so, just when I am starting to mildly panic, thinking that popular music no longer impresses etc. Along comes something new that has me transfixed, listening again and again on manic repeat. It happened not once but twice over the last week in fact; hopefully this bodes well for a new year that is full of quality sounds.

Having a new Bowie track to listen to was a surprise, but much has already been written about that by even bigger “fan-boys” than me. Equally surprising to me was the news that some decades after departing from Smiths, guitarist Johnny Marr is currently in the process of releasing his first solo album. Judging it on the little I have heard, it is promising.

I always like hearing what JM has to say, and as the recent Guardian article prooves, he can be expansive. Guitarists often don´t open up too much when a microphone or a list of questions is placed in front of them; our own Charlie Burchill is perhaps an example of that. Johnny however was always a bit different, good on him for being so. I admire him, always have, and wish him luck with the new release.

Re: the aforementioned article, the quote, “I’m glad I didn’t spend 35 years in the same band. It’s just not me.” beamed out at me in particular. The reason for this, rather obviously, is that I am someone who has indeed spent more than 35 years in the same band, a fact that I myself find disbelieving sometimes. Unlikely JM however. I have thoroughly enjoyed the whole shebang. If you offered me another 35 years of the same kind of experience to date, I would enthusiastically bite your hand off in a hurry to accept. Unlikely as that could ever be.

Then again although I have been in the same “outfit” for that amount of time, the sound of the band itself, as well as the characters involved, has been changing, re-arranging, morphing even, and all somewhat organically throughout the time that both Charlie Burchill and myself have worked on Simple Minds. Beginning as it did back in Glasgow on one frozen cold afternoon, in late November 1977.

It is thanks to all those changes however, some of them quite painful too, I have never felt the stagnation that one could imagine is inevitable when working on the same project for so long. Or hang on then, maybe I have felt it? But never for more than a week or so here and there.

I have of course worked on a few things over recent years that let me step out of Simple Minds and that can be a refreshing thing to do. My own Lostboy AKA being a prime example. Likewise with the now released Dark Flowers – where I made contributions to a handful of tracks. Enjoying it all immensely, it has to be said.

But back to where we started and my hope for much good new music. Included in that of course is the desire to experience much new music released by Simple Minds later this year. Hand on heart, I can tell you, more than 35 years after our first recording experiences, to be working on new Minds tracks as we are currently, is as pleasurable as it ever was.