Jim Kerr to talk on ‘The Real McCoy’ Radio Show 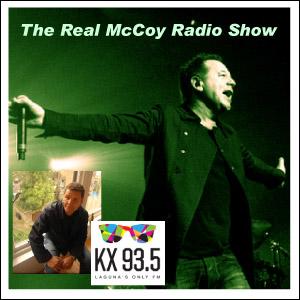 Posted at 10:54h in All News, Radio by Simple Minds
Share
Jim Kerr gives an incredibly in-depth interview during a ‘Real McCoy Radio Show Special’ hosted by Martin Hanlin on KX93.5 Radio, Laguna Beach, CA.
Jim Kerr and Martin Hanlin spend a few hours talking about the history and music of Simple Minds. From Life in A Day all the way through to Jim’s solo project Lostboy! AKA.
Not so much an interview, this is a conversation between 2 school friends who eventually started working together 25 years later just as Simple Minds started to work on Our Secrets Are the Same. The pair worked together over the next decade and a bit spanning the albums Cry, Neon Lights, Black & White 050505, Graffiti Soul and the Lostboy! AKA album and tours, both with the full band and then the stripped down Lostboy! Electro tour.
Hanlin covers the fans point of view as well as that of a good friend. There’s a few surprises, a few unheard stories, lots of great memories and plenty of fantastic Simple Minds music.
Hanlin’s all time fav Simple Minds track ‘New Warm Skin’ kicks off the show as the pair trade off song choices from all the albums.
Part 1 covering Simple Minds 1974 until 1999 will be broadcast this Sunday Feb 3rd 2013 at 10am Laguna Beach time, 6pm UK time.
Part 2 covering Simple Minds 2000 until 2013 will be broadcast next Sunday Feb 10th 2013 at 11am Laguna Beach time, 7pm UK time.
Listen live online here:
http://www.kx935.com/listen
Or download the show the day after broadcast here:
http://www.kx935.com/show/therealmccoy
Comment on the show here:
https://www.facebook.com/therealmccoyradioshow