Home > All News  > Spiders From Hull 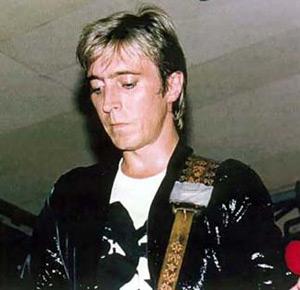 Posted at 11:13h in All News, Jim's Diary by Jim Kerr
Share
As those who have experienced any of the current dates on this tour will already know, we leave the stage each night to the raucous sound of David Bowie´s `Jean Genie”. A barnstorming tune, the audiences seem to delight in it as it booms out of the sound system,  but I wonder how many who are clapping along in time know that it was from the lyrics of this “Aladdin Sane” tune that we took our name? I also wonder how many at the unforgettable show in Hull (My fave of the tour so far and that is saying something considering that all the shows have felt great.) would have been aware that the colossal sound they were listening to was being made from their very own local guys, albeit that it was recorded in Santa Monica, California, back in 1972.
Of course the local guys I refer to were none other than guitarist Mick Ronson, bassist Trevor Bolder, and drummer Woody Woodmansey, all three of whom were from Hull and its surrounding area, and that they became Bowie´s best ever backing band – The Spiders From Mars. That of course meant that all three contributed hugely to some of the best pop music ever made, least so in my opinion, as well as millions of others. Further to that, it has to be said that Ronson, who very sadly died a decade ago remains to this day the favourite guitarist of both Charlie Burchill and myself and in that sense was a major influence on Simple Minds.
Throughout our brief time prior to our show in Hull on Saturday, I was very aware that I was in the town that gave us Mick Ronson. I needed no extra incentive as we always aim to give our best at every SM show. However, not only for the audience that had come to see us, but in addition, I was hoping for a truly great Hull gig, almost out of a private respect and admiration for Ronson, Bolder and Woodmansey.
That hope was rewarded, what a night it was!
Jim Kerr