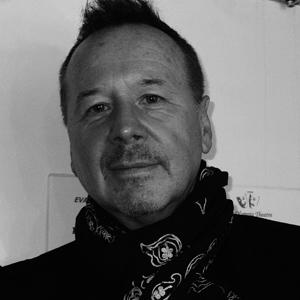 Posted at 09:56h in All News, Jim's Diary by Jim Kerr
Share
After more than ten weeks straight of rehearsing and touring, writing and recording, we stopped for a break. The first thing I did was sleep almost continually for two days, and when I was not sleeping, I ate like a pig.
48 hours later, I felt relaxed, refreshed and ready to go again. I also felt rotund! But ready to go where? We are taking a break after all, and a couple of weeks break at that, so what is the rush to go anywhere, to do anything of consequence?
Well, I guess it is always hard to just stop and to grind to a halt or simply keep still after weeks and months of non-stop activity. Post tour, it does always seems strange to suddenly have time on my hands, but I get used to it and I soon enough. Today for example, it is not yet 7 am and I have already had breakfast and read most of the newspapers that interest me. I will soon get outside and go for a slow jog. Since it is quite sunny I might cycle for an hour. (Well, I call it cycling – not sure Ged Grimes would!) While doing either of those I listen to any number of radio podcasts that have been storing up over the last weeks while I have been too busy doing other things. Of course I will be tempted to listen more to the recent recordings that we made, however I try to forget about them for a while so that when we return I should have a fresh perspective.
There is a Monday market nearby that sells mostly antiques. It also sells original travel posters, and I have started to collect them. I have not been to have a look around this year so far, today I will. There is also a morning food market, selling great produce from Italy and France, always good to look around, seek out the things I have missed while being in the UK/Ireland.
Later on in the afternoon I will hike up the hills that surround me. Usually I have the place to myself. It is good exercise of course, but it is also a good way to think things through. My head can get clogged up while I am touring. I procrastinate too much, putting all manner of decisions to the side. My thinking is that I want to put all the energy, physical and mental into the shows and therefore leave decisions about everything else to when the tour is finished, if at all possible. In any case, usually by time I have returned from a hike I will have made some sort of decision that was waiting to be made.
There is a good cinema nearby. It shows some mainstream movies, but rarely am I interested in those. Luckily it also screens many independent/international films and even if I know nothing about them I often check them out. Mostly I like what I see and if I don´t, well I am out of there after half an hour. Nothing ventured, nothing gained, right? It is showing currently the much hyped Great Gatsby. Wild horses could not drag me to see that. Looks like a right load of mince in my opinion.
I am usually reading half a dozen books at the same time; my main reading currently is Urban Circus by Catriona Rainsford. I guess it is a travel book at heart, albeit her travels through Mexico as a member of a street circus. Mexico fascinates me currently and sometimes I also feel that I have lived my live in a sort of circus, so that may well explain my instant connection. I recommend this book, actually.
In a day or so I will go to London, primarily to see my kids, and their kids. That reminds me when needed that I am not the only one with a busy life. My daughter has twin boys, and talking about having your hands full, she never stops. My son also is busy getting on with his life, doing all that he feels has to be done.
Next stop, well I have to go to Sicily at some point. Why have to? Because all things considered it is still the best place in the world, least so for me. That apart, my nephew is working down there at the moment, he is a great lad and I want to see how he is doing. And after that? Back to the music – because the music never stops.
Jim Kerr