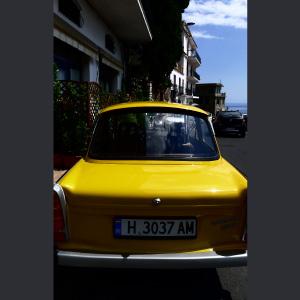 Posted at 08:28h in All News, Jim's Diary by Jim Kerr
Share
My little break is over, there will be another during the summer, but right now the bags are in the car and someone who knows how to drive better than I do is taking me to the airport. I’ve had some days in Sicily and like always on the morning of the day of departure from Taormina, the idea of finding an excuse to change plans and stay a while longer crosses my mind. But there are appointments I have agreed to and as for cancelling things once agreed – well, it’s just not the done thing is it?
I did a lot of walking over these days, much of it hiking up hills and most of it in the countryside. The sun shone brightly, but the air was still cooler than expected for this time of year and the “scirocco” that blows in from North Africa also made an appearance. Full – on summer is imminent nevertheless, and with it the arrival of the blue-eyed tourists on which this little town depends.
Sicily is in myriad ways a truly exotic place, no doubt about that. And although situated at the most southern tip of Europe, it is nearer Tunisia and Libya, than Rome even. All things considered, the West End of London, which is where I am due later tonight, seems like a very, very, long way off albeit I will be there in a few hours. The cherry trees are full of fruit at the moment, but best of all is that my favourite tiny wild strawberries have arrived in season. If that alone is not an excuse to cancel my departure and remain right here on the terrace of Villa Angela – then nothing is.
A couple of days ago I managed to complete a new song, an unexpected bonus that was, as I had not intended to write or even listen to music during this mini – hiatus.  I certainly don’t listen to music when I am out in the countryside, the sound of “the land” around many of these parts must be unchanged for hundreds of years and I relish being amongst it. There is always a sense of an otherwise very distant past that is proudly still alive and very much in the present, I can also find that in the wilds of Scotland of course.. It’s birdsong and goat’s bells mostly that I hear in Sicily however, interrupted occasionally by the choking sound of some farmer’s rusty jalopy as it hurtles round the bends, “putt – putting” on paths some of which have never witnessed tarmac. Meanwhile, hawks, eagles and falcons watch all from above.
When a song idea pops up, as it often does seemingly out of nowhere. I know I need to go after it and work with it while it is fresh. I still view ideas as gifts of a sort, even if I am unsure from where they came or how they managed to arrive. My job is merely to write them down as and when they come, and then maybe worry about the quality at some later stage. Songwriting is a pleasure and feels like a hobby. It is meditative fun more than anything. It might be a huge part of what I do for a living, but that does not mean that it should be an exercise in sitting with a furrowed brow while trying to force ideas through. Some things really are unenforceable; you just need to be in the right frame of mind. The aim is not to be clever, or try to impress even. It is to let whatever it is that seemingly wants to express itself – “express itself”.
Jim Kerr