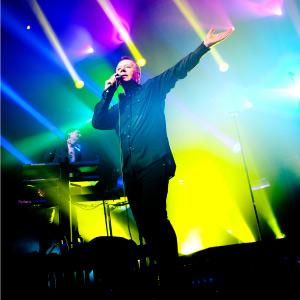 Posted at 09:26h in All News, Jim's Diary by Jim Kerr
Share
Everyone connected with Simple Minds was more than delighted to finally see the announcement of a series of live dates for us in United States and Canada. It has been a long time coming. Way too long to be honest, and although this is by no means an extensive tour, it could mean a new beginning for us in that part of the world.
But that depends on more than just us, you should understand. Because more than ever we need as many people as possible to come support us at these dates, to make sure that the shows are well attended of course, and in doing so demonstrating to the local promoters in other cities and states that there is a demand for live shows from Simple Minds.
Putting it plainly, if these shows are a success both artistically and commercially, there is no doubt that we will be able return soon for a much more extensive tour, a tour that we can genuinely build on, a foundation for future tours. Alternately, should these shows be less than well attended, it is most unlikely that we will get another opportunity to return. So there you have it, such are the facts!
And really, you have no idea how much we would like the chance to go to work in a serious fashion, throughout Canada and USA, just like we did in the earlier days of our careers. Reality is, we have been dreaming of getting the opportunity to do so, just as many of our supporters in North America might well have been dreaming of getting the chance to see Simple Minds turn up in their hometown.
Well, that little dream is on for LA, Boston, New Jersey, Montreal, Canada, Washington and New York. And in turn we thank all who have supported us in in those parts, thanks to them for hanging in with us and not giving up on Simple Minds. We will do all to make it well worth the wait. A promise!
Jim Kerr