Underneath The Ice [Cream]

Home > All News  > Underneath The Ice [Cream] 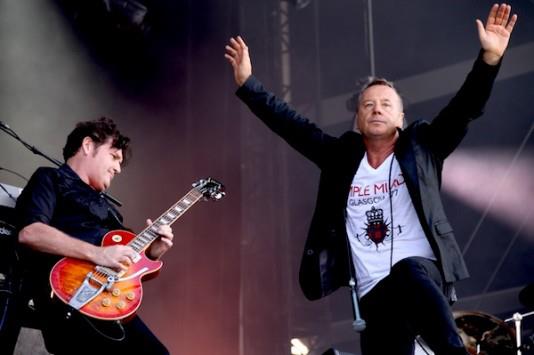 Posted at 17:21h in All News, Jim's Diary by Jim Kerr
Share
Heading into the last days of the summer holiday, and as much as it has been wonderful, as it always is in Taormina. I cannot recall ever looking forward to getting back into the “swing of things” as much as I am currently.
But it has been a total break and all the better for it. For example, even though Charlie Burchill joined me down in Taormina for about 10 days, I do not think we mentioned our work once. That is pretty unique for us, given that you would find it hard to meet anyone who enjoys their work more than we do. But then what point is there in taking a break and then using that break to think about work. No sense, is there?
So what did we do? We did much the same as always. We hung out with family and friends. We enjoyed the fine weather, including lazing on the beach after early morning swimming. We zipped around on Vespa’s, going here, there and everywhere. We walked up high in the hills and even jogged daily around the old football field, the one that no one ever goes to – and therefore it seems to be haunted.
We certainly indulged in our joint passion for Sicily, including its food and wines. And, er….the ice cream of D’Amore, best place in town by a country mile. Maybe too much indulgence actually. Or maybe not? You want to live after all, before you die! And if something as good as their ice cream is going to kill you, well, maybe some things are worth dying for. Go try it yourself!
In some ways then, we felt like kids during this break. Or we felt like we used to feel when we were kids. When way back then, the days of the long summer holidays seemed to dissolve into each other so effortlessly, until you woke up one day and the holiday that seemed quite endless, was suddenly over.
But no regrets! We have plenty of other days in Taormina to look forward to, at least hopefully so in future. In the meantime, we will start to think about finishing off the remainder of the album recording and that is due to begin next week.
Beyond that of course, we have shows in Europe, UK, Canada, States, Brazil, and last but never least, South Africa.
Plenty to do and plenty to get excited about then and I can feel the excitement beginning as I type these words.
Jim Kerr