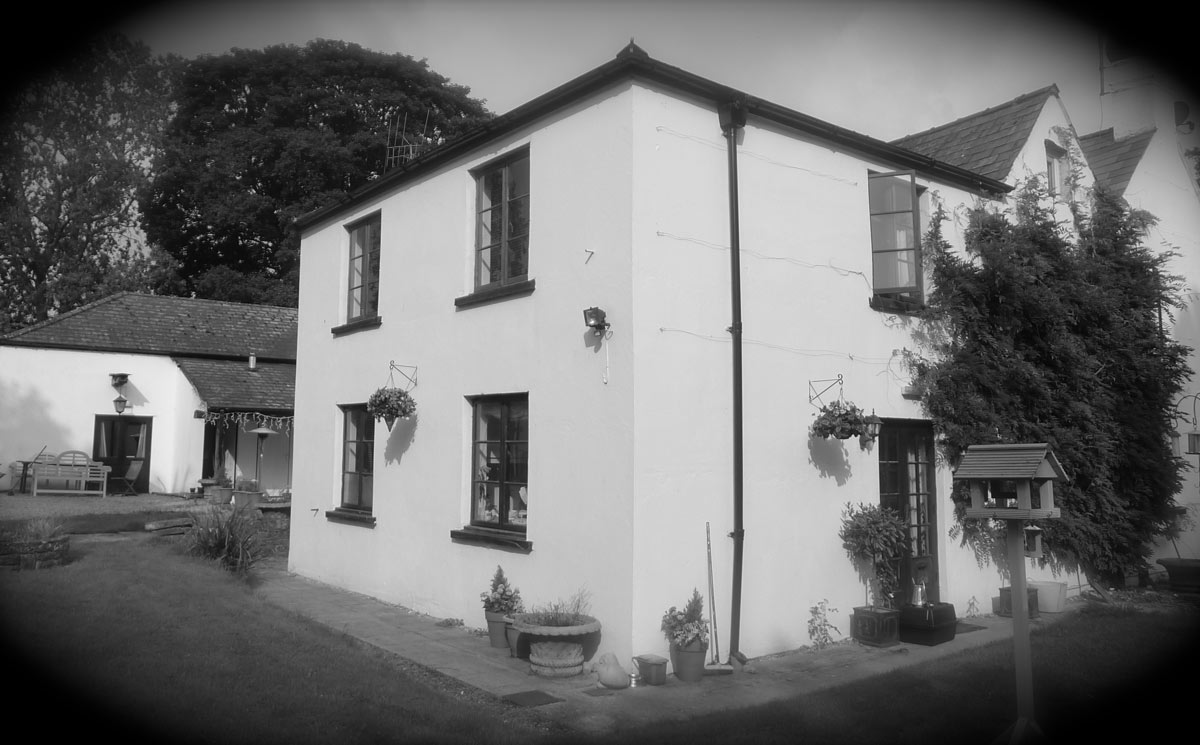 Spent the morning in the red – brick bedroom of a white country house, situated on the banks of the River Monnow.

It is peaceful, and yes, when the sun shines it really is quite idyllic. Undoubtedly pleasurable, it also creates some very strong emotions to be here once again. To have returned that is, 30 years later, back to a house where so much of our early plans were put into action. Those same plans that shaped the story of our music and the destiny of our lives.

Fact is, this place that is now called Monnow Valley, is “sacred ground” to anyone who cares that much about the early music of Simple Minds. And the reason, is that most of our formative work, namely the albums, Real to Reel Cacophony, Empires and Dance, Sons and Fasciation, New Gold Dream, and  finally, Sparkle In The Rain, were largely constructed, created, and occasionally recorded within the walls of this building, set within countryside scenes stretching far into the distance.

And how did we come to end up in what otherwise we as “urban boys” would have normally referred to as the “middle of nowhere” Kicking back in the countryside, perhaps embracing the hippy ethic that belonged to the generation before us? Not Really! But it was an odd choice of destination after all, considering our real desire was to be in the cool cities such as New York, Berlin, Paris etc. The reality was that economics played a huge part, we owed huge debts to the record company, and a house like this could contain all of us, including crew, friends, and girlfriends. And yet still cost less over a month than a weekend would in those cities.

Nevertheless, to say that our time spent here, back then, was productive, would be an obvious understatement. To say that we spent some of the best days of our lives within these very walls during various periods from ’79-’83, is not to exaggerate. Of this I am sure.

We were nurtured here. Given sanctuary. It was like a home, off the beaten path, a place where we could let loose on our imaginations, and become really what was to be… Simple Minds. The ghost of the past is very present to me right now, incredibly so, and today it is more present than ever within these walls. And while mentioning ghosts, I also recall with some humour how we always thought the place was haunted by spirits, especially during frequent random power cuts that would leave us sitting with candles for hours on end.

On a personal level, that means that most of the lyrics that I wrote for those albums, were also worked on within the various room within this deceivingly large house. Wow! I certainly could never have imagined that 30 years on from then, I would be back here, up with the larks, still working with the puzzle that for me is at the heart of songwriting. I was a 19 year old when we first arrived, with no concept whatsoever of how life would turn out in the years to come.

Today, once more as I stood bang in the middle of the speakers, feeling the new music of Simple Minds come at me with an attack that is central to what we do. I still felt connected to that 19 year old. Still feeling as much as ever, that there is so much more music still to come.