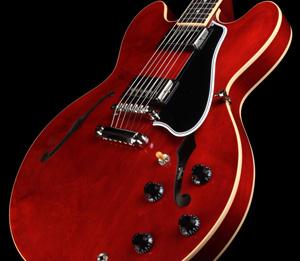 Posted at 09:16h in All News, Jim's Diary by Jim Kerr
Share
Excerpt from Jim Kerr’s Sicily Notebook:
“The Mafia Stole My Guitar” sang the truly great Alex Harvey back in the late 70’s. Whether they did, or did not, I could not say. But surely they would have been busy with bigger concerns. Plus, Alex was well known for his mischief – making stories, as well as ridiculously boastful song lyrics. In any case, most certainly the “Mafia” that Harvey denounces, would not have been the much feared (and parodied) Sicilian Cosa Nosta. No, instead it would have been the “Music Industry Mafia,” otherwise known as the bosses/promoters/gatekeepers etc of the major record companies.They were his known nemesis towards the twilight of his career.
Coincidentally, prior to Simple Minds almost pioneering first trip to Sicily back in 1983. “Road Hardened types” warned us that it was “the Badlands down there in Southern Europe,” and that we should cancel immediately before weirdness struck. That our truck, filled with our valuable equipment, would definitely be stolen by any number of corrupt organisations already waiting on us in Calabria and Sicily. And equally, that we could expect that there would be riotous scenes at the gigs,somehow organised by shady political forces intent on creating mayhem. Meaning of course that we should also be prepared for tear gas charging police – and even guns going off at the venue. Oh Dear!
And as for getting paid any agreed fees by the promoter? Well, we might as well forget it!
And what misfortune befell us in reality, as we arrived in Sicily? Well, we turned up in sunlit Messina, fell in love with the ambience of the place instantly – but we also fell deeper in love a few hours later. That was with the opening act, a Sicilian all – girl group, that sounded atrocious but looked otherworldly beautiful. In any case, we played one of the most exciting little gigs of our then relatively short career. And then afterwards we ate the best meal of our lives and headed off into a night of outdoor parties. 24 hours later, intoxicated by the people we met and the hospitality thrown our way, I was already dreaming of spending the rest of my life right there in Sicily, under the shadow of a brooding volcano called Mount Etna. It is a dream that continues to this day, a dream that I am still working on in truth.
And there you have it! The Mafia did not steal our guitars. Someone in Glasgow however, did steal my one and only, but very much loved guitar. (Possibly Charlie Burchill paid them to do so, given the racket I intended making with it.) And although it happened so long ago, I really would like to have it back please. Otherwise, I might still have to enforce an old Sicilian curse on the pitiless thief. In any case, that Cherry Red Gibson 335, would still look great hanging round my neck I reckon, and it might even help to hide my belly!
Jim Kerr
Check out more posts at Jim Kerr’s Sicily Notebook
The notebook now has a Facebook Page and a Twitter Feed too!