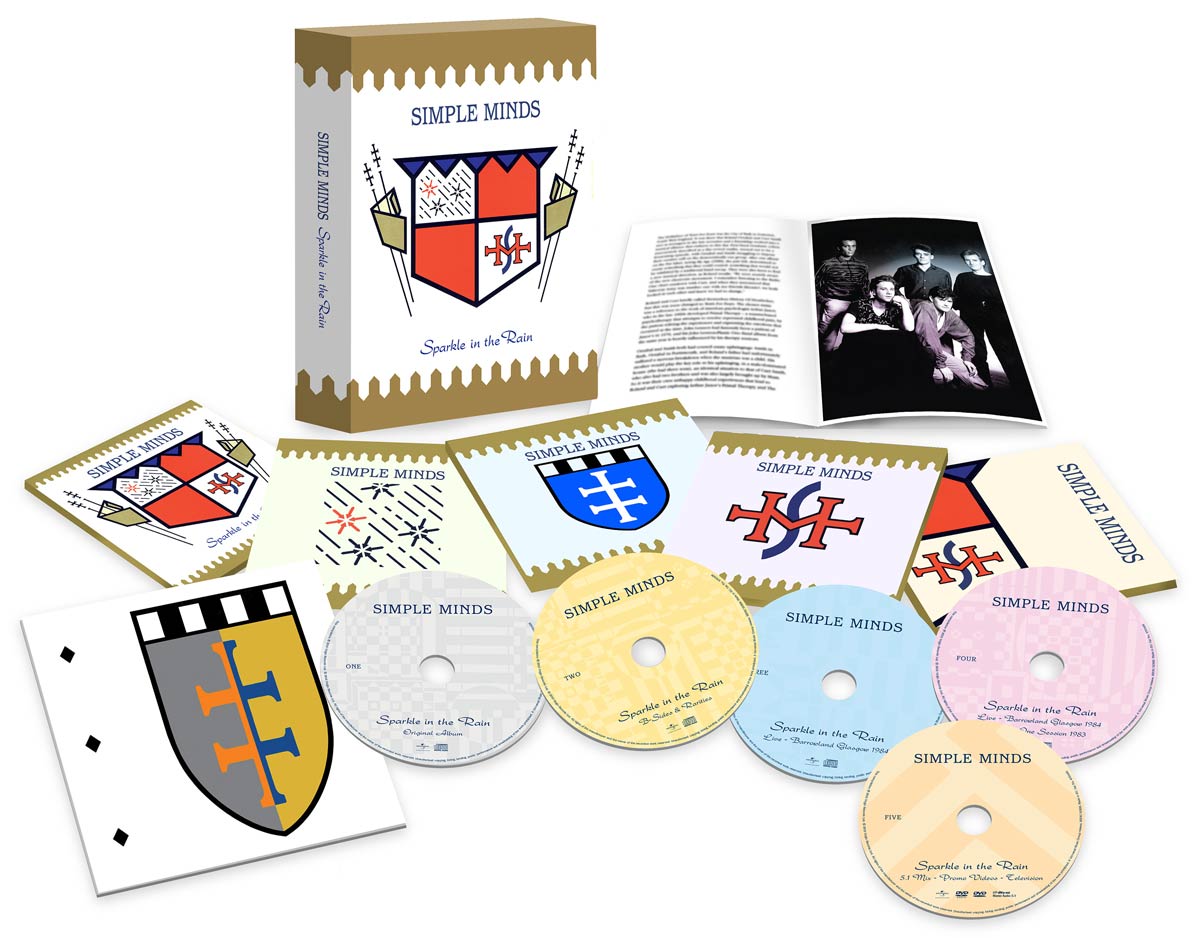 Posted at 16:55h in Box Sets by Simple Minds
Share

The ultimate ‘Sparkle In The Rain’ box set is available now. Long regarded as one of the jewels in the band’s catalogue, 1983’s ‘Sparkle In The Rain’ kicked off a run of three consecutive Number 1 albums in the UK for Simple Minds and delivered the classic hit singles ‘Waterfront’, ‘Up On The Catwalk’ and ‘Speed Your Love To Me’.

DISC ONE: SPARKLE IN THE RAIN REMASTER