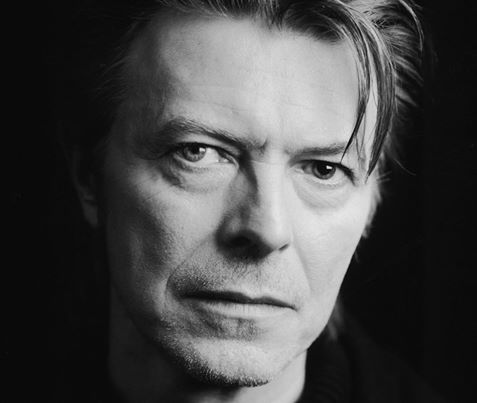 We owe so much to David Bowie. Firstly as fans who were entertained vastly by his immense talent, but even more so as artists who looked to Bowie as a guideline to the possibilities of what could be done with pop music and the art of songwriting.

Inspiring us from our earliest days – our name ‘Simple Minds’ was taken from a Bowie lyric – he continues to inspire us today, as we work on our 18th album.

All the while referencing his catalogue as we create our own.

One of our best career memories, and a proud day, was when we got to record with David Bowie at Rockfield studios in 1979. No one had a camera to record that moment, but the memory of it will last forever for us.

As indeed will the legacy of David Bowie and all that he created.

“Never forget it. Aged 13 and arrived in Rimini/Italy. First time on a school trip, first time away from home. Mum gave me £20 for spending money through the two week vacation. Seemed like a lot of money, plenty enough to last the vacation.


Within 2 hours of arriving I went out alone and found a little record shop in Rimini. The window had so many gems on display, including many Bowie singles all of which I already had back home. However, as these were Italian editions – they featured different picture sleeves, different B sides etc than the UK ones that I already owned. The version of Space Oddity even had DB singing in Italian as I recall.


I of course decided to spend all my money on those Bowie Italian editions. Meaning that after only a couple of hours on holiday I already had no money left – with 13 days still to go. I then had to ask my friends to loan me money for panini/pizza etc for the remainder. Well actually, I met a girl from Manchester and she rather conveniently had a few quid. It all worked out beautifully…. as I fell in love…..with Italy!” – Jim Kerr

“Can’t believe the sad news that David Bowie has died, it’s still too much to take in. I was playing the album yesterday, thinking of how bold and how beautiful Black Star is.


Probably the biggest musical influence in my life has gone, but left so much behind. I couldn’t begin to measure the musical debt owed to this amazing man, and above all I believe he would have been a great guy too.


As Jim mentioned we had the pleasure to sing BV’s with him on an IGGY POP album but we never really got to know him (it’s better that way).


There’s not many days go by when I don’t think of DB, if I pick up a guitar I usually think of him or play one of his songs as that is how i learned to play, Such beautiful haunting acoustic 12 string tracks; AFTER ALL, ALL THE MADMEN, SPACE ODDITY, LETTER TO HERMIONE, CYGNET COMMITEE, ROCK’N’ROLL SUICIDE, ANDY WARHOL, QUICKSAND – they go on and on. Something has gone but he is still very much here…” – Charlie Burchill