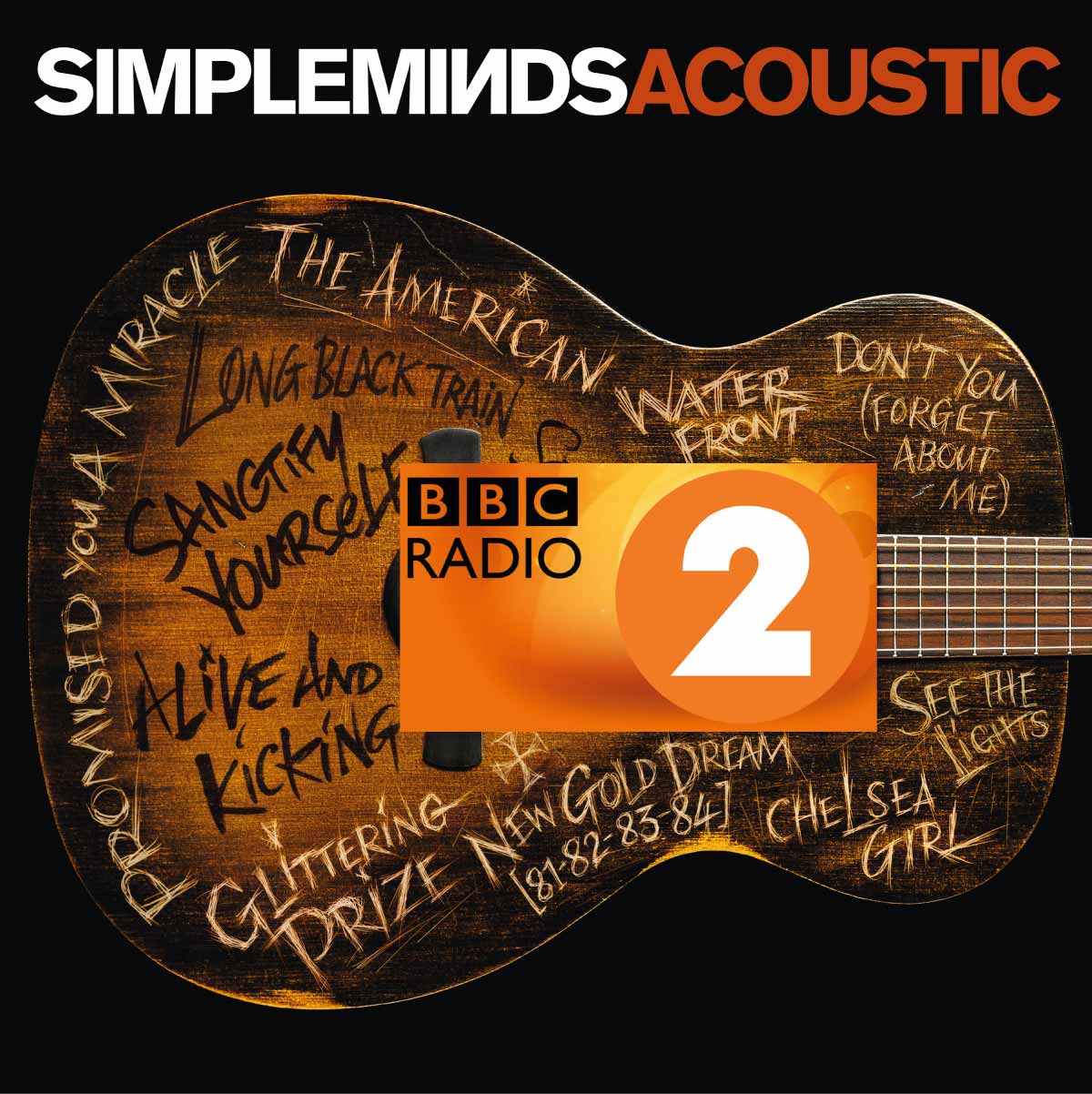 Posted at 20:40h in Live News, Radio by MasterSM
Share

In her show tonight, Jo Whiley announced that Simple Minds will perform a special BBC Radio 2 ‘In Concert‘ on Thursday 10th November at Hackney Empire, London. The performance will be in support of the new album SIMPLE MINDS ACOUSTIC and will be the bands only UK show in 2016. It will be live from 8.00pm on BBC Radio 2, as well as available to watch live on the BBC Red Button and online at bbc.co.uk/radio2

For this BBC Radio 2 ‘In Concert’, Simple Minds will perform a career-spanning collection of songs re-imagined acoustically, on the eve of their album’s release. The origin of SIMPLE MINDS ACOUSTIC can be traced back to a rare live session they recorded for The Chris Evans Breakfast Show in 2014, which inspired the band to start working on some stripped back arrangements of some of their hits. The concert will also feature some very special guests.

Jim said: “There could be no better way to premier our Simple Minds Acoustic set than performing at the beautiful and intimate Hackney Empire. It won’t be that intimate however. Because thanks to BBC Radio 2 – the whole world can of course listen in! So please make sure that you do.” 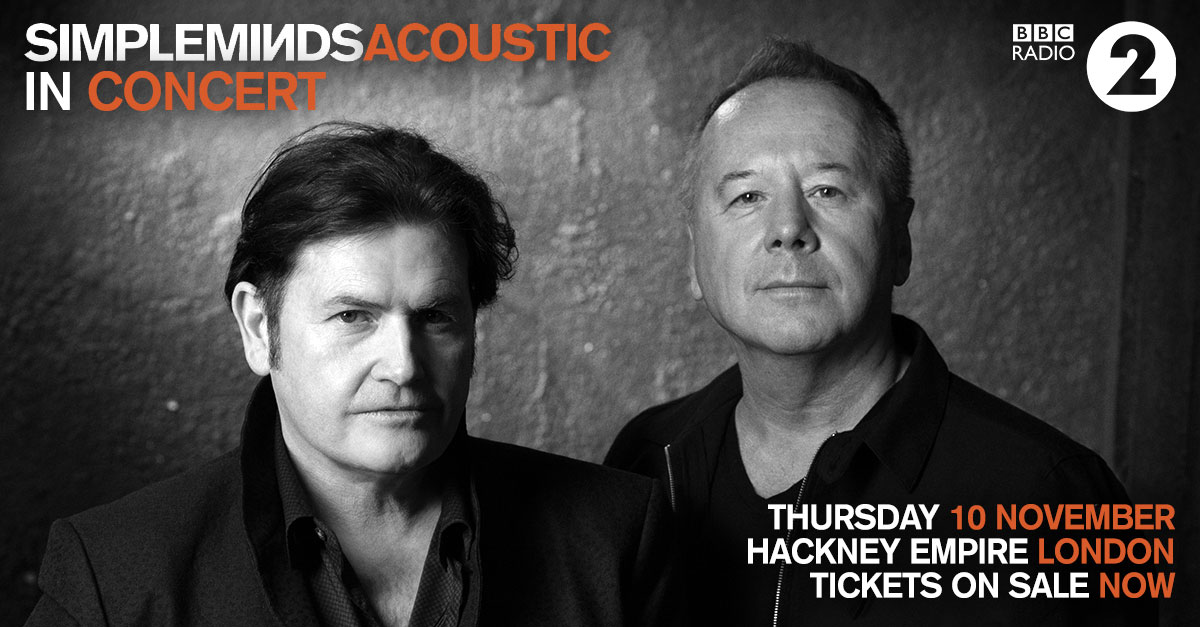 SIMPLE MINDS ACOUSTIC will be available on CD, Digital Download and to stream from November 11th. The heavyweight vinyl LP will be released on November 25th. PRE-ORDER NOW