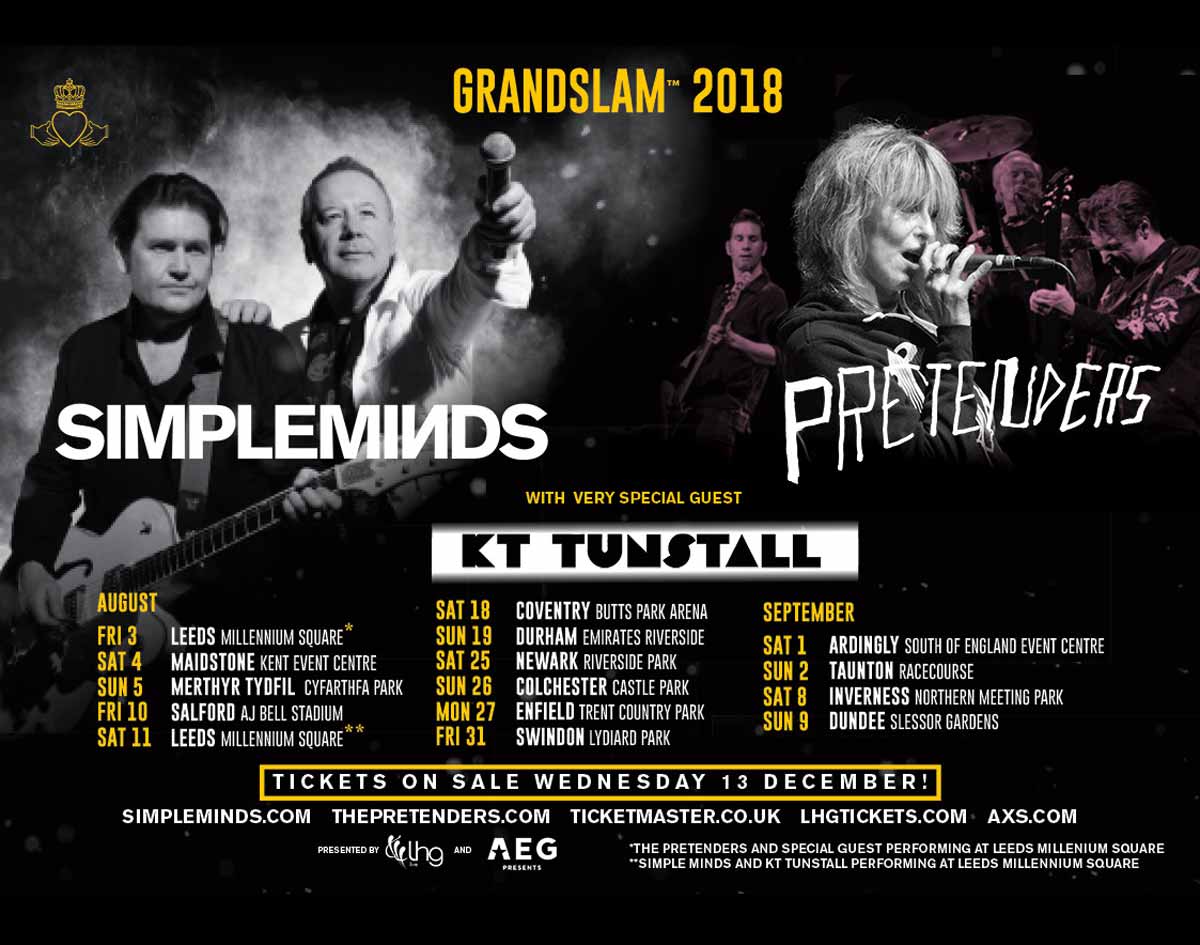 Posted at 06:00h in Live News by Simple Minds
Share

Simple Minds will play 14 special Grandslam dates with The Pretenders & KT Tunstall in the UK in August & September 2018. Global icons Simple Minds and The Pretenders continue to enjoy outstanding musical journeys and phenomenal worldwide success. They now come together on the same stage for the first time since Live Aid to present a unique opportunity to see both bands as they tour throughout the UK in 2018.

Celebrating new albums, Simple Minds and The Pretenders will perform their classic hits, that have made them such a distinctive part of our musical heritage, as well as new material at outdoor venues all over the UK in 2018.

Add to this ground breaking and exclusive tour, as very special guest, KT Tunstall is confirmed to join the tour. Since taking time out and unleashing her new invigorated album this summer, KT was searching for the next chapter in her musical career. Bringing her unique style and warmth to a legion of loyal fans, as she enchants and engages with every song.

A sensational line up of three unique artists making GRANDSLAM 2018 THE ticket of the year!

On GRANDSLAM 2018, audiences will have the opportunity to see and hear Simple Minds revisit the many chapters of their storied career, taking in classic songs like Don’t You (Forget About Me) and Alive & Kicking, Promised You A Miracle and Glittering Prize, Waterfront and Sanctify Yourself, and bringing things right up to date with the inclusion of tracks from the new album.