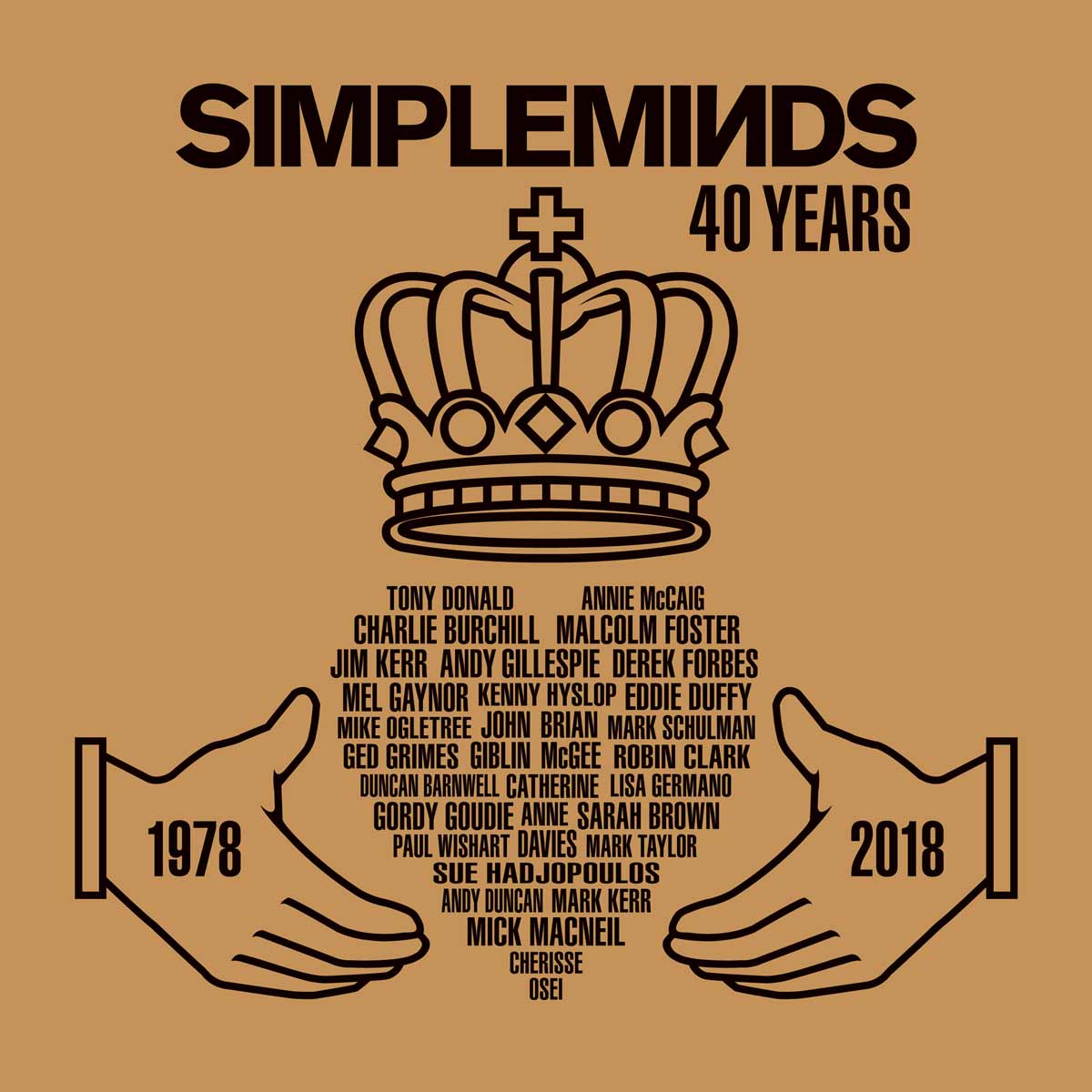 Posted at 00:01h in All News by Simple Minds
Share

The band featured Brian McGee, (Drums) Tony Donald, (Bass) Duncan Barnwell, (Guitar) Charlie Burchill, (Guitar) and yours truly. (Vocals)
It was there and then that Simple Minds stepped onto a stage for the very first time.

Unheard of previously, and walking on to nothing more than the sound of our own feet.
Surely no one present in that dimly-lit ballroom could have envisaged that those inexperienced teenagers plugging in, would from that evening set out on an odyssey of four decades and more?
Yet inexplicably. 40 years later. Here we are. Anything but teenagers?

Memories from that far back are inevitably opaque. More precarious than precise.
Still, I have no problem recalling the huge frisson of excitement as Charlie spat out the opening chords to a song that introduced us to the world.
Or, OK then… to a few hundred people at least.
Anyway, it was called ‘Act Of Love’. And it just sounded glorious.

In any case, the roof was somehow raised that evening.
A first for us. And Boy, it felt so good.
I guess it is fair to say that in partnership with our globetrottin’ road crews, we have been in the business of raising roofs the world over ever since.

To all the aforementioned – our gratitude is truly immeasurable.

It is said that “the journey of one thousand steps, begins with one step.”
That is undoubtedly true.
Without that first step, and without that first Minds gig?
There would be no journey.
No story.
No memories to look back on now.

That is why 40 years later.
Simple Minds consider January 17th,1978, to be worth celebrating.
Both today, and as planned, substantially more at some point soon.