Posted at 17:54h in General News by Simple Minds
Share

Following the release of the soundtrack to “The Bard’s Tale IV Barrows Deep” video game, Simple Minds‘ very own Ged Grimes will be producing a special “Bard’s Tale” Game Music LIVE Event on January 31st 2019 as part of Celtic Connections, the annual International winter festival which attracts thousands of global visitors to Scotland each year.

The concert at Glasgow’s Royal Concert Hall will see Ged, together with a host of Scotland’s finest singers and musicians from the game’s soundtrack including Kathleen MacInnes, Fiona Hunter, Kim Carnie, Eilidh Cormack, Ali Hutton and sister trio, Mackenzie, take the audience on a unique musical and visual journey through 18th century virtual Scotland. The event features large screen video footage, live original music and songs from the game and narration from the Bard himself, actor John Buick.

“The response to the music so far has been phenomenal. I am incredibly proud that the game soundtrack has brought a new audience to Gaelic song and the music has made an emotional connection with people across the globe. It’s been a privilege working on the ‘Bard’s Tale’ game with such talented, authentic artists of all ages. Celtic Connections is the natural home for the World Premiere of the Bard’s Tale live show and the event will be a unique mixture of theatre, songs and specially curated video from the game. I am so excited to bring together all these elements with the team to create something unique for the festival.”

“the absolutely phenomenal Gaelic music is one of the most memorable portions of any game I have ever played ..” 10/10
Gaming Cypher

“Music is the soul of Bard’s Tale 4. The work that Ged Grimes has composed is the strongest soundtrack of any game I’ve been involved with..”
Brian Fargo CEO inXile Entertainment 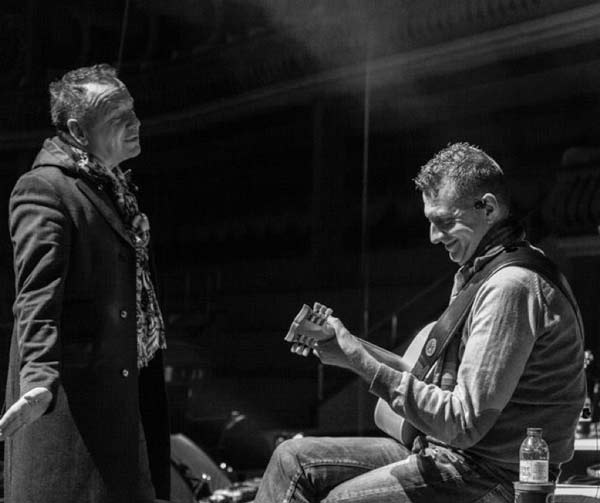