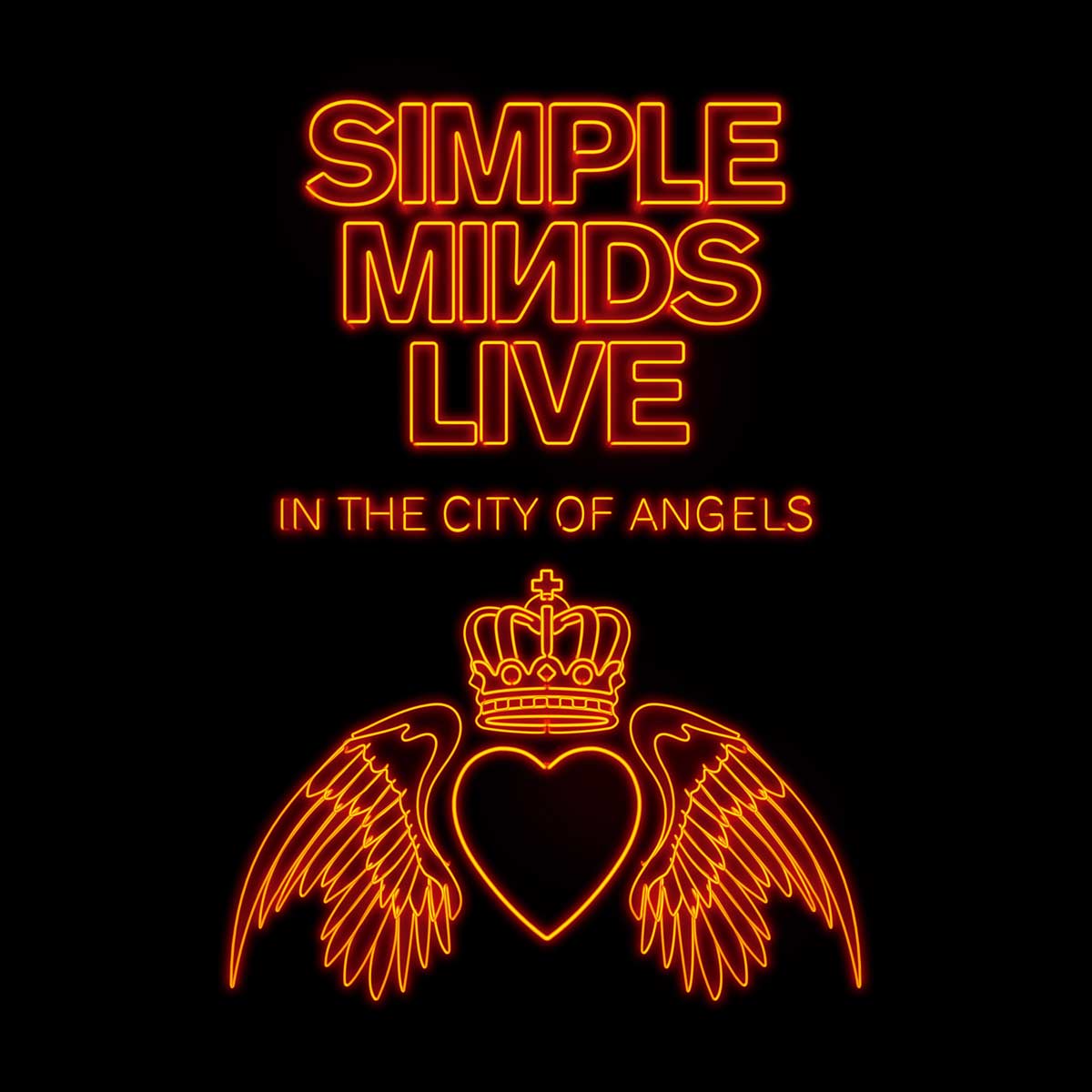 OUT NOW! – LIVE IN THE CITY OF ANGELS, an album that captures Simple Minds at the height of their live powers on their biggest ever North American tour. It will be available on deluxe CD (4 CDs in a hardback book), standard 2xCD and vinyl, digital download and stream. The deluxe CD and digital formats will feature 40 songs; the standard CD and vinyl will feature 25 songs.

Following the huge acclaim of 2018’s Walk Between Worlds album (“The band’s best album in decades.” Album Of The Week, Sunday Times), continuing their recent spectacular renaissance, while also building on their reputation as one of the world’s great live acts, last autumn Simple Minds travelled to North America to undertake their first coast to coast tour in over two decades. Taking in 31 cities, both critics and fans unanimously agreed that it was the bands most successful US tour to date.

Referencing their first live album, 1987’s Live In The City Of Light, this new live collection once again finds Simple Minds 30 years later scaling the heights of those dizzy days, selling more tickets year by year, as each new generation discovers the phenomenal live power of the band. 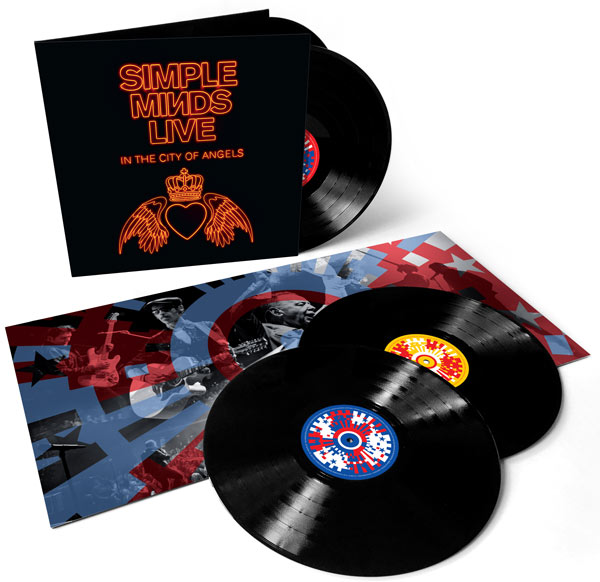 Simple Minds were greeted by an excitement stateside they’d not experienced since their imperial phase in the mid-1980s. Nowhere was this passion captured better than on a recording of their performance at the Orpheum Theatre, Los Angeles on 24th October 2018. 24 of the tracks were performed that night. ‘Glittering Prize’ was recorded at The Fillmore, Miami Beach on 8th November 2018 and the bonus tracks were recorded at various sound checks and rehearsals.

The resulting album, LIVE IN THE CITY OF ANGELS, is a 40-song collection, spanning one of the most diverse catalogues of, to date, a 40 year career. Simple Minds’ live prowess, incredible musicianship, led by the band’s exceptional and iconic guitarist Charlie Burchill, and the soulfulness of frontman Jim Kerr’s voice – which has matured into a powerful instrument in its own right – delivers a set that proves why Simple Minds are still a vital and relevant band.

In a career spanning set it features songs from the band’s Empires and Dance album through to last year’s Walk Between Worlds. Beginning with that album’s The Signal and The Noise, the first five songs alone – followed by Waterfront, Love Song, Let There Be Love, and Up On The Catwalk – are a reminder as to why Simple Minds are one of the greatest bands of their generation.

Elsewhere the album includes gems from their classic New Gold Dream (81-82-83-84) album, Sons and Fascination, Sparkle In The Rain, 1985’s colossus Don’t You Forget About Me, as well as Alive and Kicking and Sanctify Yourself from that year’s UK no.1 and US Top 10 album Once Upon a Time, right up to 2015’s Big Music (which MOJO magazine declared “their best album in 30 years”) and last year’s Walk Between Worlds (a UK Top 5 album).

LIVE IN THE CITY OF ANGELS is a must-have collection for any self-respecting Simple Minds fan and a perfect reminder of the band’s enduring talent and live appeal. 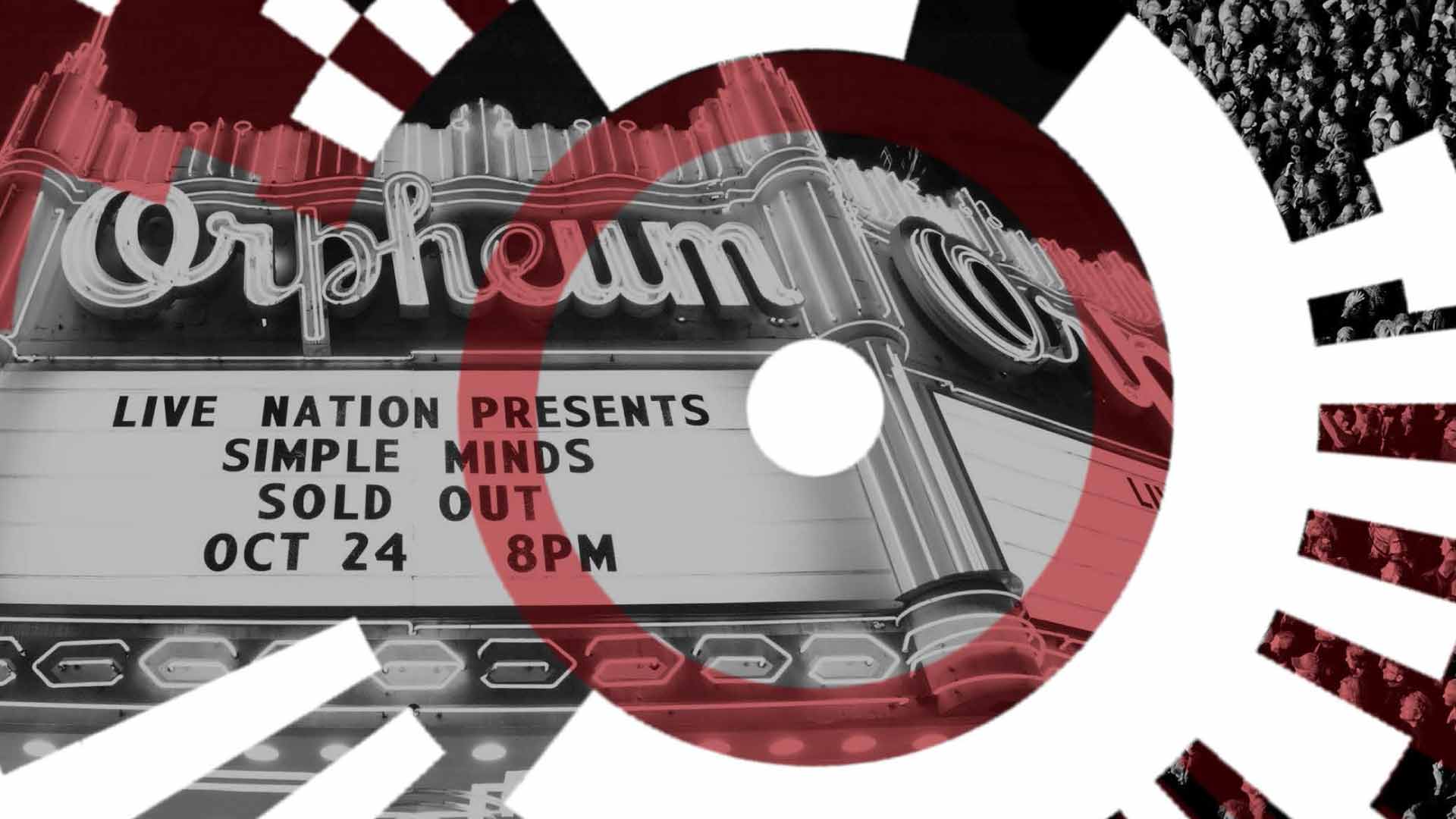 LIVE IN THE CITY OF ANGELS will be available on deluxe CD (4 CDs in a hardback book), standard 2xCD and vinyl, digital download and stream. The deluxe CD and digital formats will feature 40 songs; the standard CD and vinyl will feature 25 songs.

As they turn 40, Simple Minds legacy is something to be proud of as their story continues to evolve!