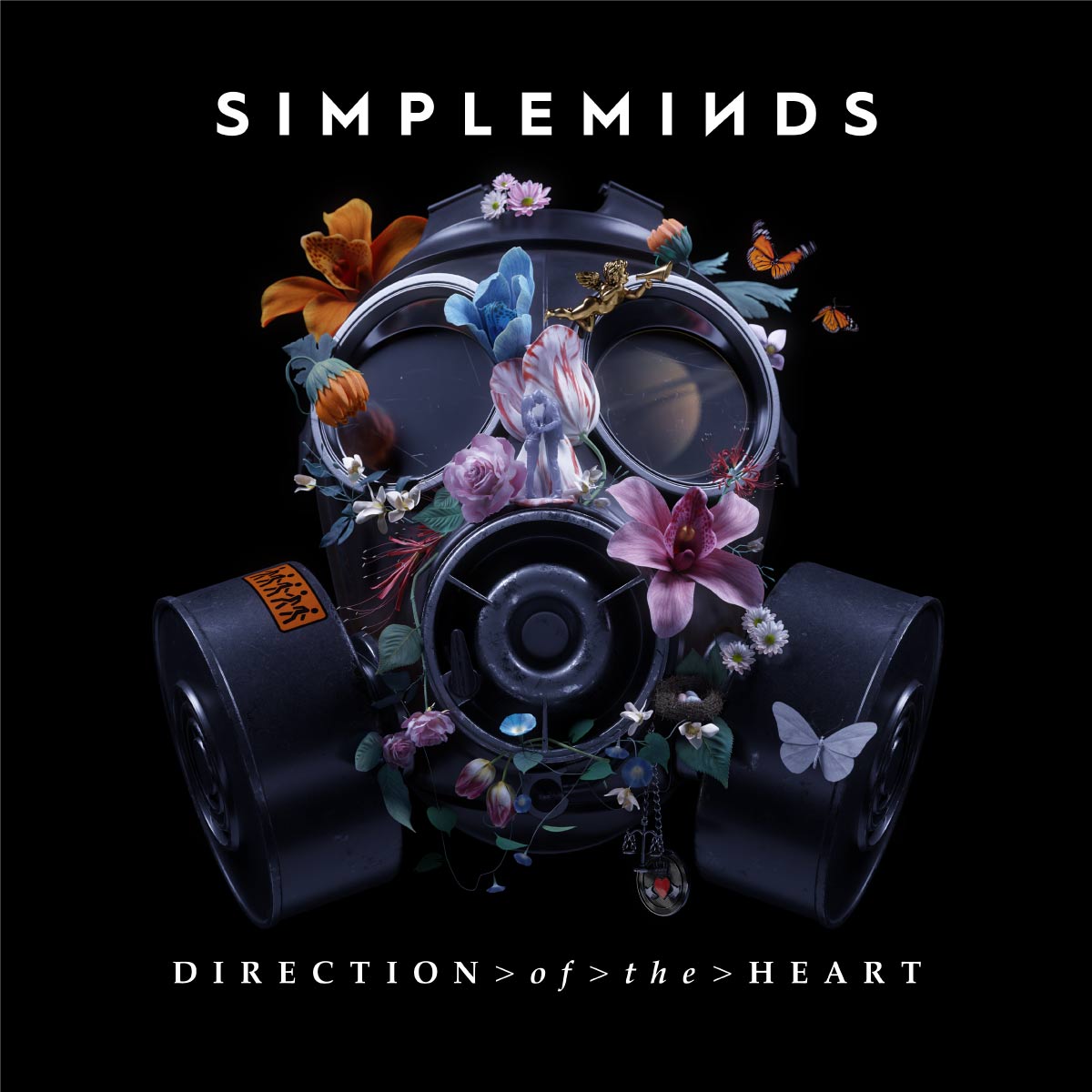 ‘Direction of The Heart’ finds the band at their most confident and anthemic best and is an inspired celebration of life, most evident on the captivating lead singles ‘Vision Thing’ & ‘First You Jump’- Watch the videos below. 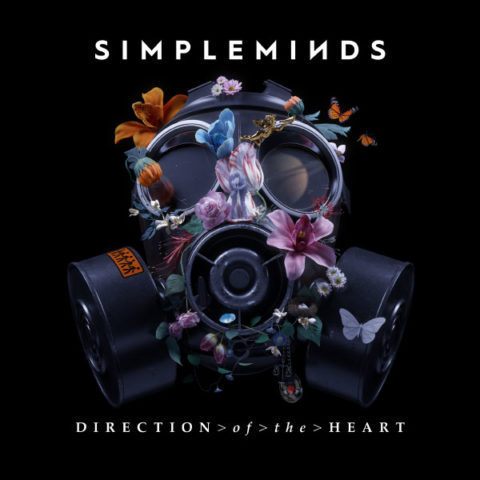 “A testament to one of the UK’s most enduring acts’ determination to stay creative and continue delivering great pop music.”
★★★★ Retro Pop

“Tracks to sit alongside their anthemic best.”  Electronic Sound

“Delivers some of Simple Minds’ best moments in recent years.”  The Arts Desk

Direction of the Heart – the new album from Simple Minds 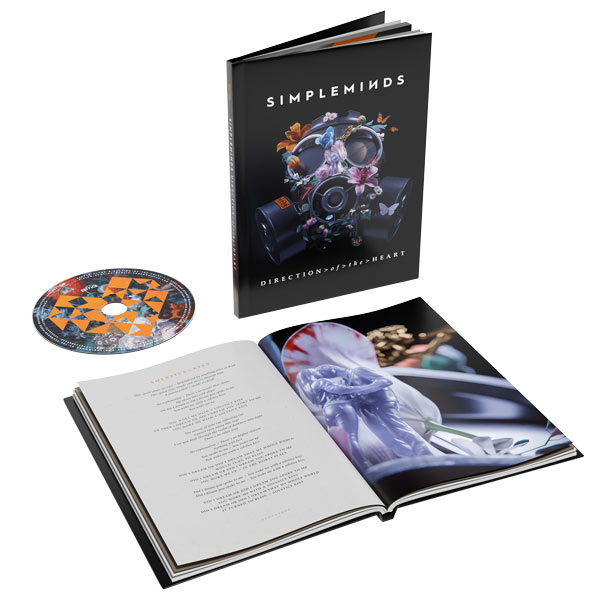 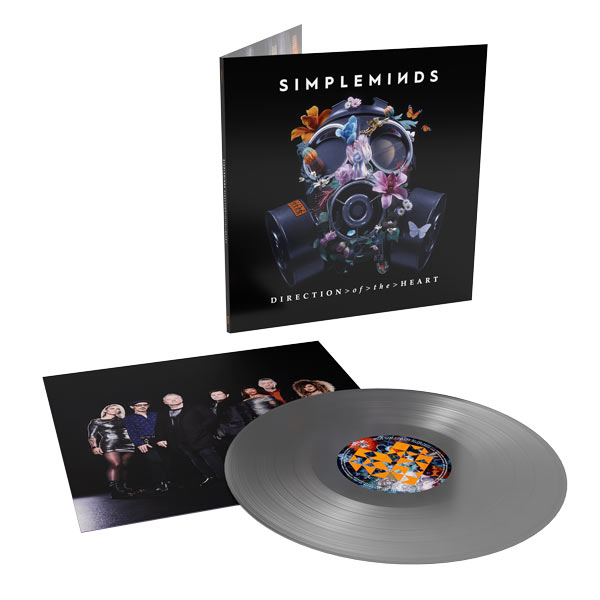 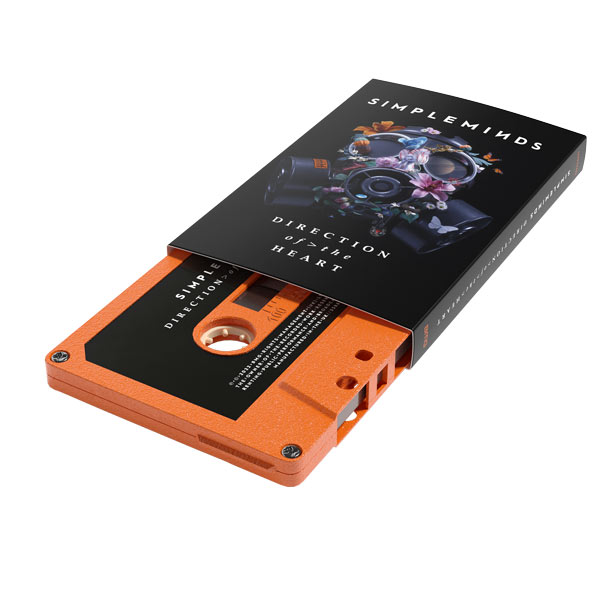 Most of Direction Of The Heart’s tracks were written, created and demoed in Sicily, where both Jim Kerr and guitarist Charlie Burchill live. Unable to come to the UK because of quarantine rules, the album was recorded at Hamburg’s Chameleon Studios. Here they produced the album, later enlisting Andy Wright (Massive Attack, Echo & The Bunnymen) and Gavin Goldberg (Simply Red, KT Tunstall) for additional production.

Band members, bassist Ged Grimes (who co-wrote two of the new songs, ‘First You Jump’ and ‘Solstice Kiss’), drummer Cherisse Osei and vocalist Sarah Brown joined them on some of the tracks, recording their parts separately in London.

All of this disparate work is belied by an album which sounds like a cohesive record – one of the most exciting and invigorating of Simple Minds career to date.

“How to make a feel-good ‘Electro-rock’ record, during the very worst of times? Direction Of The Heart is the result of that challenge. Who would have thought we’d have so much fun creating it?” - Jim Kerr 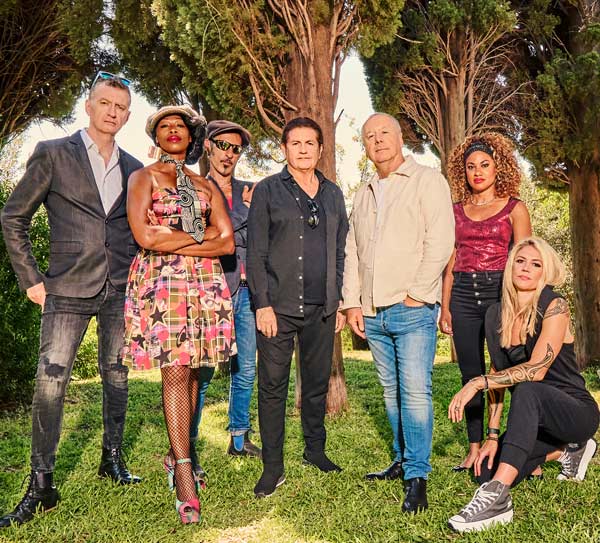 The story of Direction Of The Heart spans several years, and various locations, in Germany, Italy, and the UK. Album opener ‘Vision Thing’ was created by Jim Kerr and Charlie Burchill at the former’s father’s house, when Kerr senior was terminally ill. Looking through early band cuttings his parents had kept, it became about Jim looking at his father as a version of him and looking at his younger self. The song’s urgent electronic pulse transports an intricately decorated, deeply poignant melody. The song is a celebration, but with sad tones in the words. For Kerr, that’s a sweet place.

‘Vision Thing’ sets the pace for a concise nine-track album. One which manages to perfectly encapsulate the essence of past and present Simple Minds, a band whose reascent over the past 10 years has seen them, once again, capture the magic and critical praise of their early days.

Direction Of The Heart’s predominant mood is simultaneously reflective and euphoric, framing the personal in a universal context: qualities intrinsic to all the great Simple Minds records of the past, now recalibrating the band for its next era. Our hyper-stressed Zeitgeist bleeds into chattering rhythms and skyburst melody clusters on ‘Planet Zero’ – “I saw a whole world on fire” – and the electro-rock fusion of ‘Who Killed Truth?’. With Celtic textures underpinning its widescreen melodrama and Sarah Brown’s infernal vocals, ‘Solstice Kiss’ is a Bond theme in-waiting. Meanwhile, the parabolic drive of ‘First You Jump’ – a Kerr-Burchill co-write with the band’s long-time bassist Ged Grimes – frames a classic transcendent Simple Minds anthem, one about the anxiety of the times and how we will rise above them.

No song better epitomises the record’s gallows jauntiness than ‘Human Traffic’, a spangly hand-jive bop through the days of the week, inspired by JG Ballard and with a vocal cameo from Russell Mael of Sparks. There’s a real pop element to it, something the band are not scared to embrace as they get older. 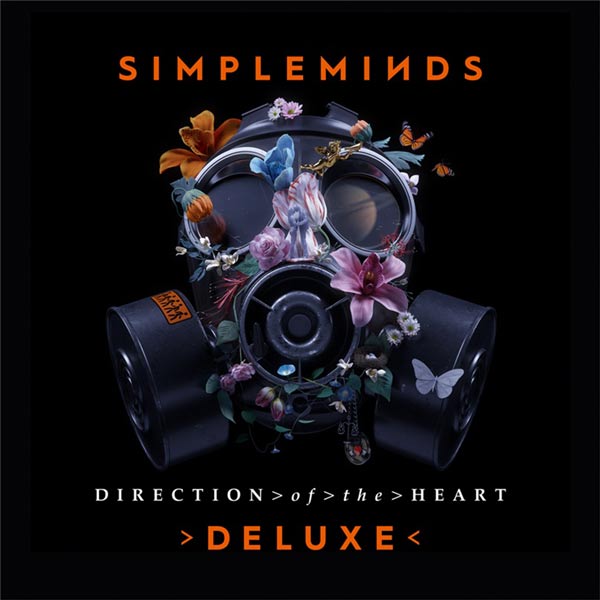 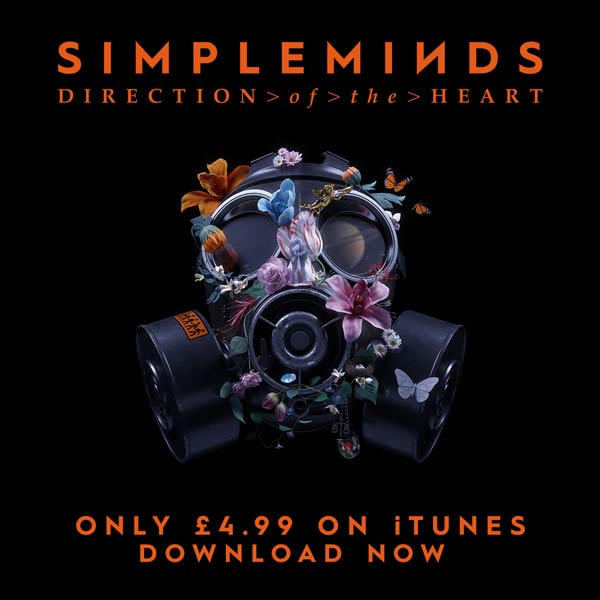 The other notable collaboration is a kind of on-going *in memoriam*: album closer ‘The Walls Came Down’, written in 1983 by kindred spirit, the late Michael Been, whose band The Call supported Simple Minds in the US, and whose ‘Let The Day Begin’ was covered on 2014’s Big Music. With an apocalyptic techno-rock arrangement and prescient lyrics, it’s a perfect fit. Originally the song was an attack against Ronald Reagan and Margaret Thatcher, but fast forward decades are in a world of Donald Trump starting to build walls, Orbán in Hungary building walls, and Nigel Farage wanting to build some kind of walls, sadly the song seems to have found its time.

The energy levels on Direction Of The Heart send most songs into the 120-130 BPM range. Burchill thinks it’s partly the unusual circumstances of the album’s creation. Kerr, meanwhile, points to a “growing confidence” in the band’s capabilities, instilled by Big Music and 2018’s Walk Between Worlds renewing Simple Minds as a dynamic contemporary force, thanks partly to engaging with the sounds and spirits that compelled them in earlier, hungrier times.

That process finds its ultimate expression on Direction Of The Heart’s pivotal ‘Act Of Love’, a song written by Kerr and Burchill in Glasgow during late 1977 and performed as the opening song of their first ever gig, which now exemplifies their current vitality.

Forty five years on, Simple Minds remain an act of love, with all the thrills and jeopardy that entails. Direction Of The Heart is a dizzying, uplifting spectacle, built from innocence and experience to stare down the darkness without fear. And the album title? “‘Direction of the heart’ was a line we’ve had for a long time,” says Jim Kerr. “Follow your own path and get through it – that, in a nutshell, sums up all we’ve ever done.”