Simple Minds take to the road in February 2018 to premiere the new studio album, WALK BETWEEN WORLDS. The shows will be in three parts: a performance of the album, a live on-stage interview and a classic Simple Minds’ set, which will include the band further re-imagining and exploring songs from their extensive catalogue. For fans it will be a very special, one-of-a-kind experience.

***TICKET LINK WILL GO LIVE AT THE TIME BELOW*** 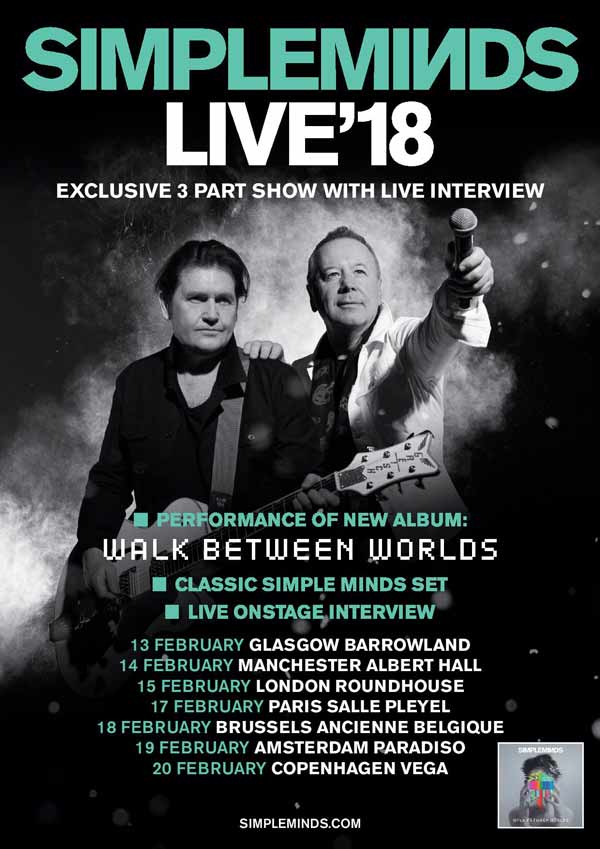