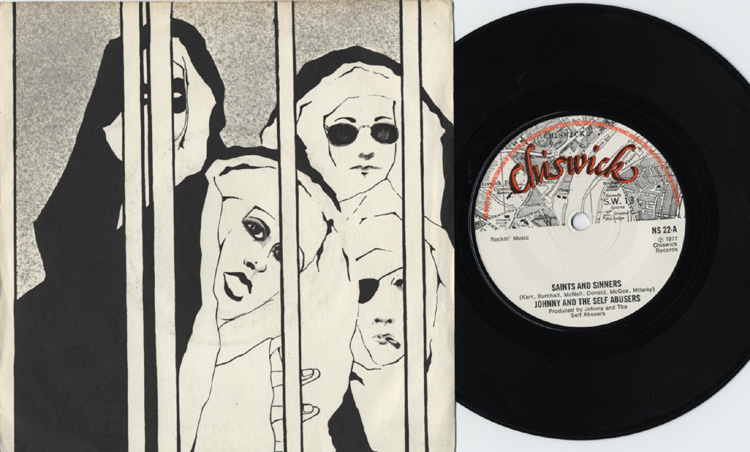 The roots of Simple Minds are in the short-lived punk band Johnny & The Self-Abusers, founded on the South Side of Glasgow in 1977. The band was conceived by would-be Glasgow scene-maker Alan Cairnduff, although he left the job of organising the band to his friend John Milarky. At Cairnduff’s suggestion, Milarky teamed up with two musicians he had never worked with before – budding singer and lyricist Jim Kerr and guitarist Charlie Burchill. Kerr and Burchill had known each other since the age of eight. After joining Johnny & The Self-Abusers, they brought in two of their school friends, Brian McGee on drums and Tony Donald on bass (all four had previously played together in the schoolboy band Biba-Rom!).

With Milarky established as singer, guitarist and saxophonist, the line-up was completed by his friend Alan McNeil as third guitarist. Kerr and Burchill also doubled on keyboards and violin respectively.

Johnny & The Self-Abusers played their first gig on Easter Monday, 1977 at the Doune Castle pub in Glasgow. The band played support to rising punk stars Generation X in Edinburgh two weeks later. They went on to play a summer of concerts in Glasgow and soon split into two factions, with Milarky and McNeil on one side and Kerr, Donald, Burchill and McGee on the other. 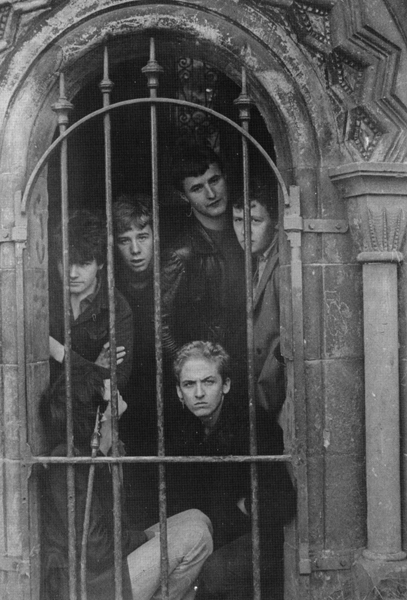 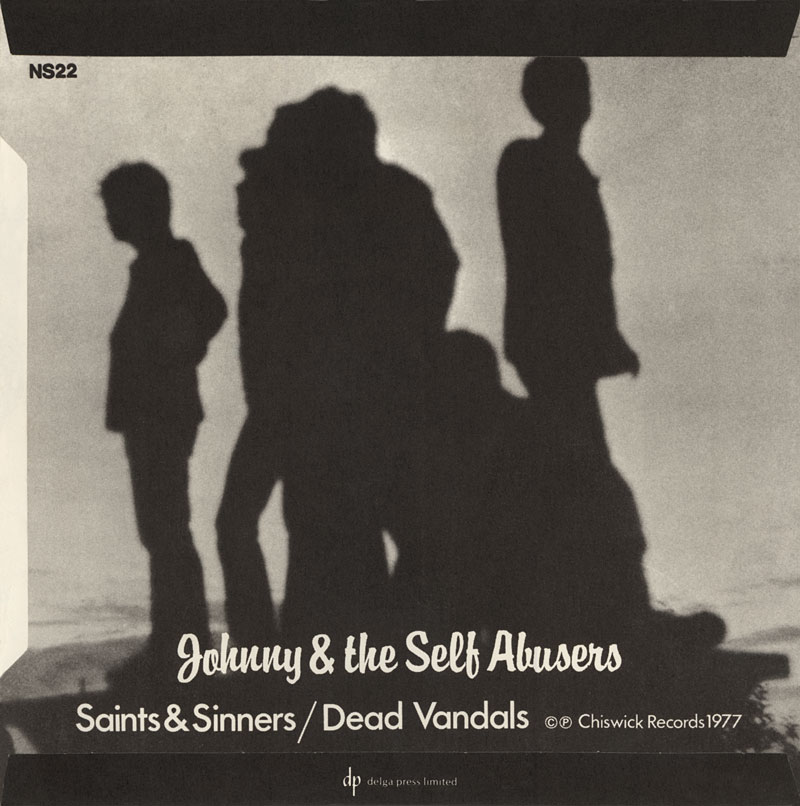 The Abusers took to the stage at 12.30, if indeed two orange boxes can be called a stage. The set opened with a cracking version of White Light/White Heat, the audience of wilted flower children and drunk straights didn’t appear to enjoy it. The Abusers have some new songs in their set – I didn’t catch their names – but the old favourites like Saints And Sinners and 18-18 were still there. Surprisingly they didn’t do Dead Vandals. The number which seemed most apt for the place and which got the best reaction was Pablo Picasso – “the girls think you’re a fucking asshole.”

The band never really got into the set, probably due to the actions of bigots at the front who threw beer cans at the band and were brave enough to spit at Scott, the band’s manager, when his back was turned. The Abusers are shaping up to be the classiest band in Scotland, having all the style of early Roxy Music and the power of The Clash. The only problem is that they are a band for ’78 not ’77. Still the acid test is the gigs they do in London at the end of November. I skipped out of The Adverts’ gig to see the Self Abusers and I’m not disappointed. So now it’s up to you. See them soon.