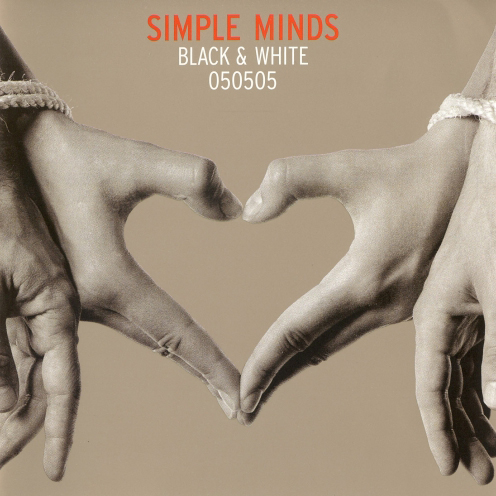 Black & White 050505 is the fourteenth original Simple Minds studio album which was released on the 12th of September 2005. It includes the hit single ‘Home’.

Thanks always for your enthusiasm and creative input!

Thanks.
Love to all Burchills and Kerrs including Chas and Chay “The Boys” – for being the boys. Thanks to Win Ho Hong, Yasmin & James (Arsenal my ass, there is only one team and you know it!), Yumie Suga – The # 1 Japanese Celtic FC. Supporter, Marco & Patrizia in Garda, Bob and Betty Clearmountain – you are just the best! Hello to all our friends in Taormina, Sicily where we owe thanks to so many, but especially to Giovanni Chemi and all the staff at La Botte Ristorante, your kindess overwhelms! Equal thanks to Salvatore Moschella and his team at Hotel Villa Angela. Above all, enormous gratitude to Antonio Chemi firstly for bringing us to Taormina and also for his love of all the music of Simple Minds. All at Ludwig Drum Company & Rene Rocher, all at Fentex including Marcel and Edwin and all at UFIP Cymbals. Martin and Alex at Behringer & Promark Sticks. Everyone at Sound Control