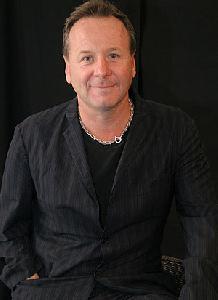 Posted at 19:32h in All News, Live News by Simple Minds
Share

Jim Kerr has announced the first Simple Minds tour of Australia in 18 years. Kerr dropped by the Undercover Offices to tell us to tell you that he is bringing the band back Down Under in May 2006.

Although Simple Minds has not toured Australia since the late 80’s, Jim says he is a regular visitor to the country as a tourist.

He also thanked staff at his Sydney hotel who last weekend managed to track down a pub broadcasting a soccer match from his favourite team. “I turned up at this hotel in Haymarket, “; he said. and the first person I see standing at the door was Billy Connelly. Neither of us drink, so halfway through the match, we were the only two still standing in the pub”